Is housing really best left to market alone? Turns out there are many models for financing housing. Urban designer Andy Fergus shares his research into alternative housing models, from for-profit to non-profit. Choose your own adventure!

From a first trip in 2013 to survey experimental housing projects in Berlin, I quickly realised that who funds development has a significant impact on the quality and diversity of housing. In contrast with the risk-averse, investor-dominated apartment market of Melbourne, the Berlin examples demonstrated the power of residents and architects coming together to shape their own living environments without the need for developers. In subsequent years, this research extended to project visits, interviews with designers, policy makers and residents in comparable housing models across the Netherlands, Germany, Austria and Switzerland.

This research cumulatively revealed a broad spectrum of approaches that straddle the middle, between state-funded public housing and speculative housing delivered by the development industry. What’s more, it was these models of housing in the middle of the spectrum that were consistently driving innovation, and pushing the standards of social and environmental outcomes.

With the help of illustrator Alice Oehr, this framework attempts to pull these divergent models into a ‘choose your own adventure’ format. 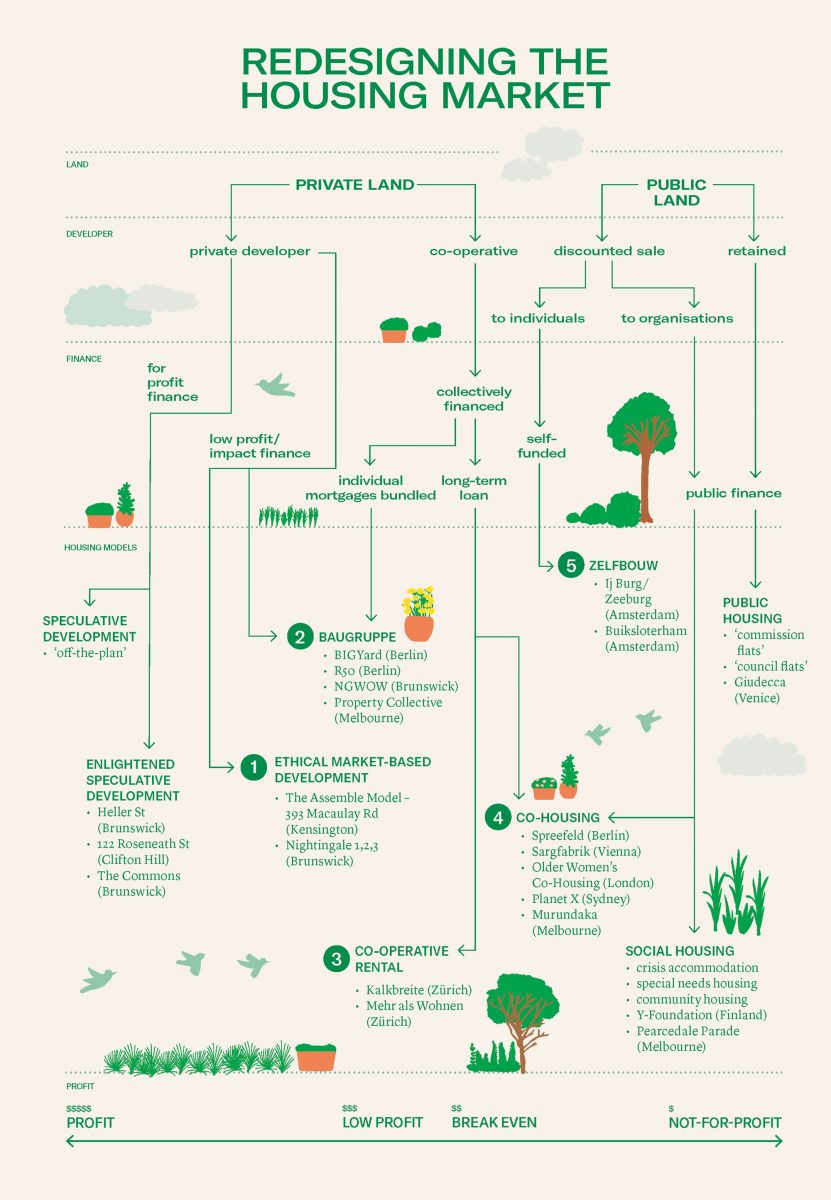 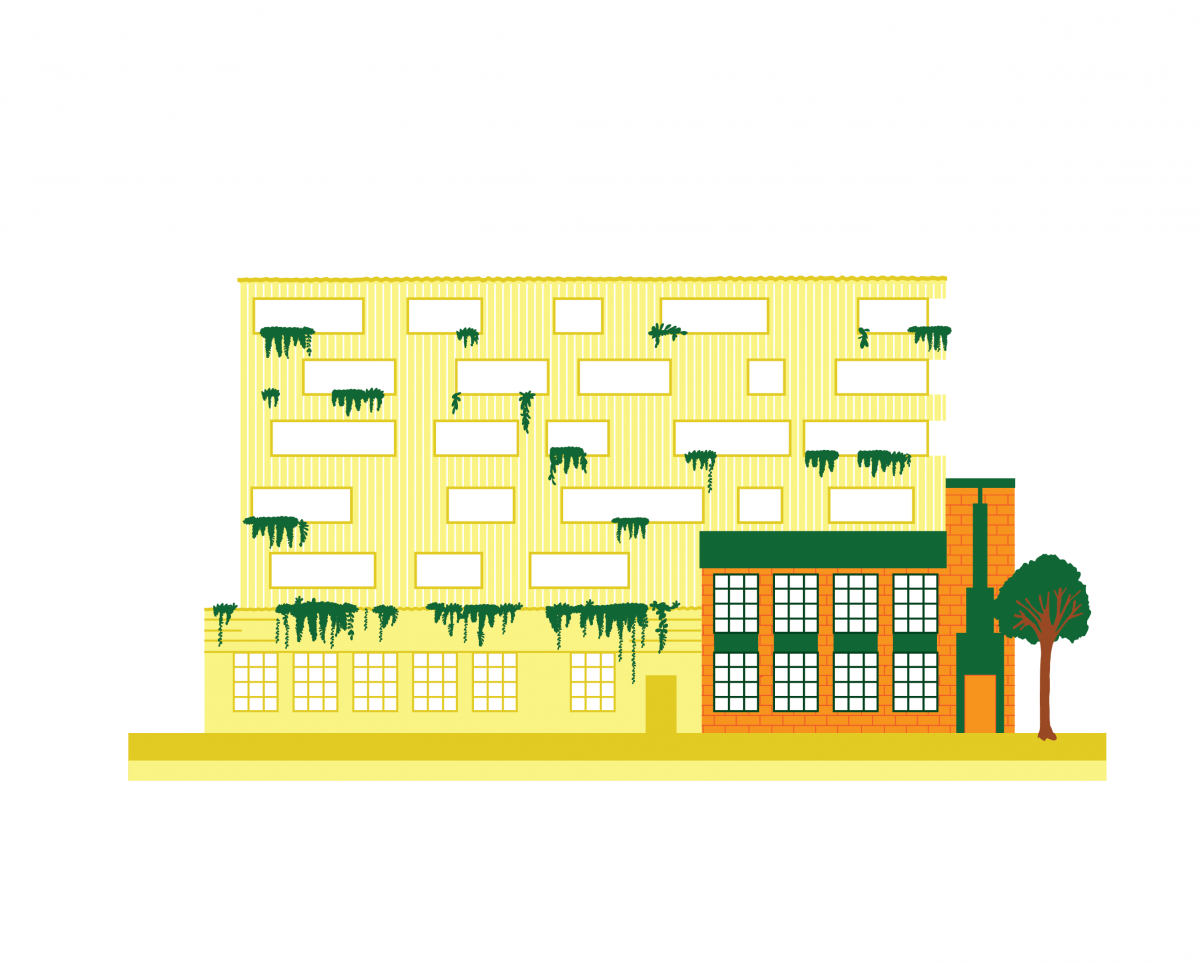 Evolving from the pragmatics of delivering affordable, environmentally sustainable, community-minded housing in a market-driven environment, multiple models have appeared in recent years in Melbourne. They rely on social impact or low-profit investment, and market directly to community via waiting lists, to cap profits, lower costs and reduce risks. The significance of Melbourne’s ethical housing movement is its emergence despite a total lack of active government support, through either policy or financial assistance.

The Assemble Model bridges the gap between renting and home ownership by allowing residents to lease their home while they save to buy. The rent and purchase price are both fixed, giving them stability while they save – all while having the freedom to leave the lease or decide not to buy. With Assemble acting as the building manager for five years, economies of scale can be put to good use: from the bulk buying of services and utilities to generous sharing spaces.

In the Nightingale Model, a mixture of architects and impact investors put up the funds to acquire land on the open market, with intermediary financiers supporting the projects in obtaining construction finance. The model is able to aggregate demand and engage with prospective residents through an extensive waiting list, and control the design and environmental quality of individual projects through a licensing process for participating design teams. All projects are required to demonstrate innovation in environmental design, from fossil fuel-free operation and thermal comfort through to waste management and transport.  As the model scales up from the first case study in Nightingale 1.0 to a further 12 projects at various stages of development, the model is evolving, with a reduced-profit-on-cost model on one hand, a fully buyer-funded model (akin to Baugruppe) on the other. 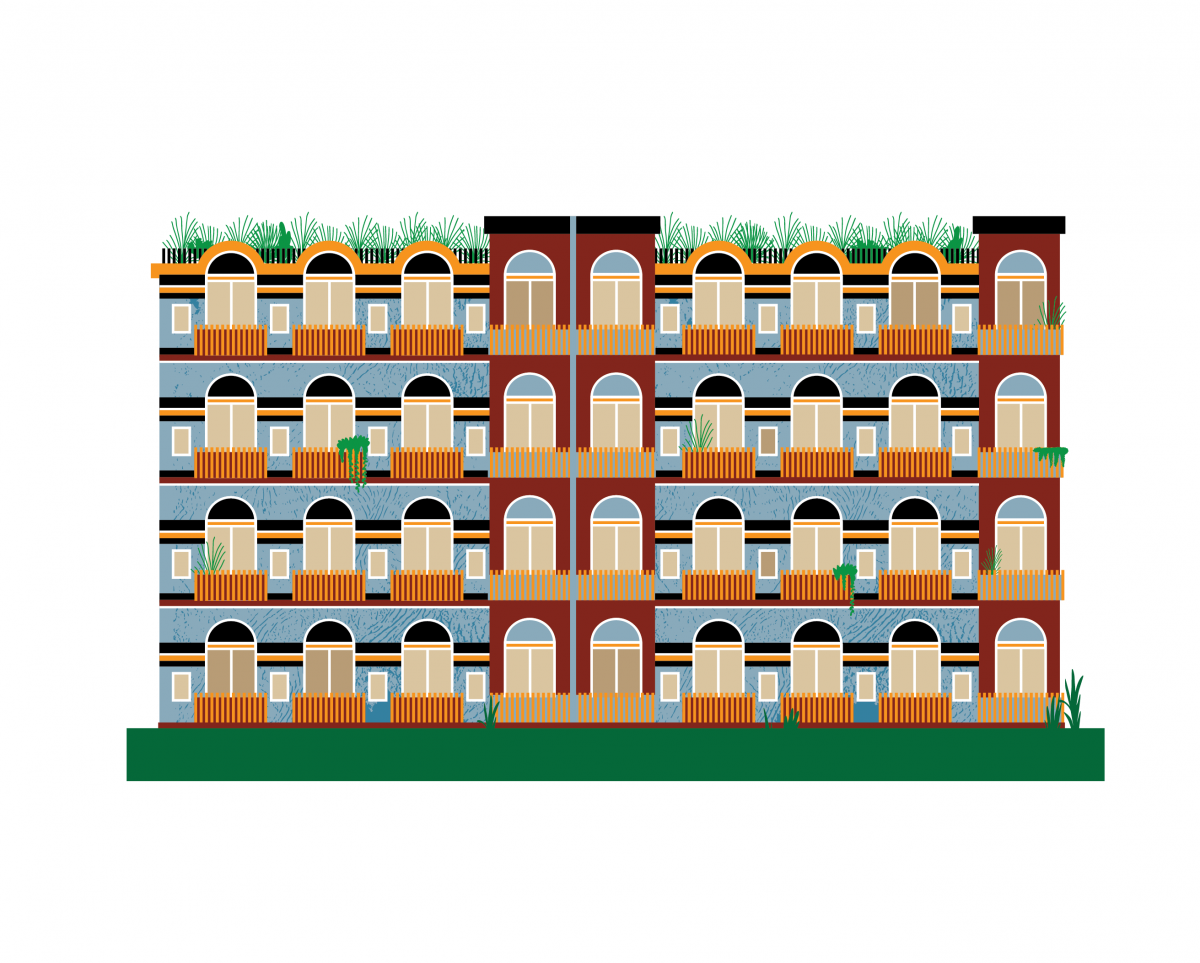 In a Baugruppe (‘Building Group’), the residents are the collective financiers of their own apartment building. Projects are either citizen-led, in which case they appoint an architect together and develop the design, or architect led, where a base design is developed, and residents are then brought on board to fund the project. The projects are financed through individual mortgages, but require a high deposit (often 30%), which can exclude lower-income households. The most adventurous buildings have resulted from this close working relationship between residents and architects: Baugruppe projects consistently win architectural awards and achieve the highest standards of sustainability, a result both of residents coming together to make long term decisions about how they live, and financial incentives for green buildings. Typically, Baugruppen are described as ‘terminating co-operatives’ in the sense that the co-operative activity finishes with the completion of the development. In reality, the shared effort and bonds formed in the project development tend to endure. 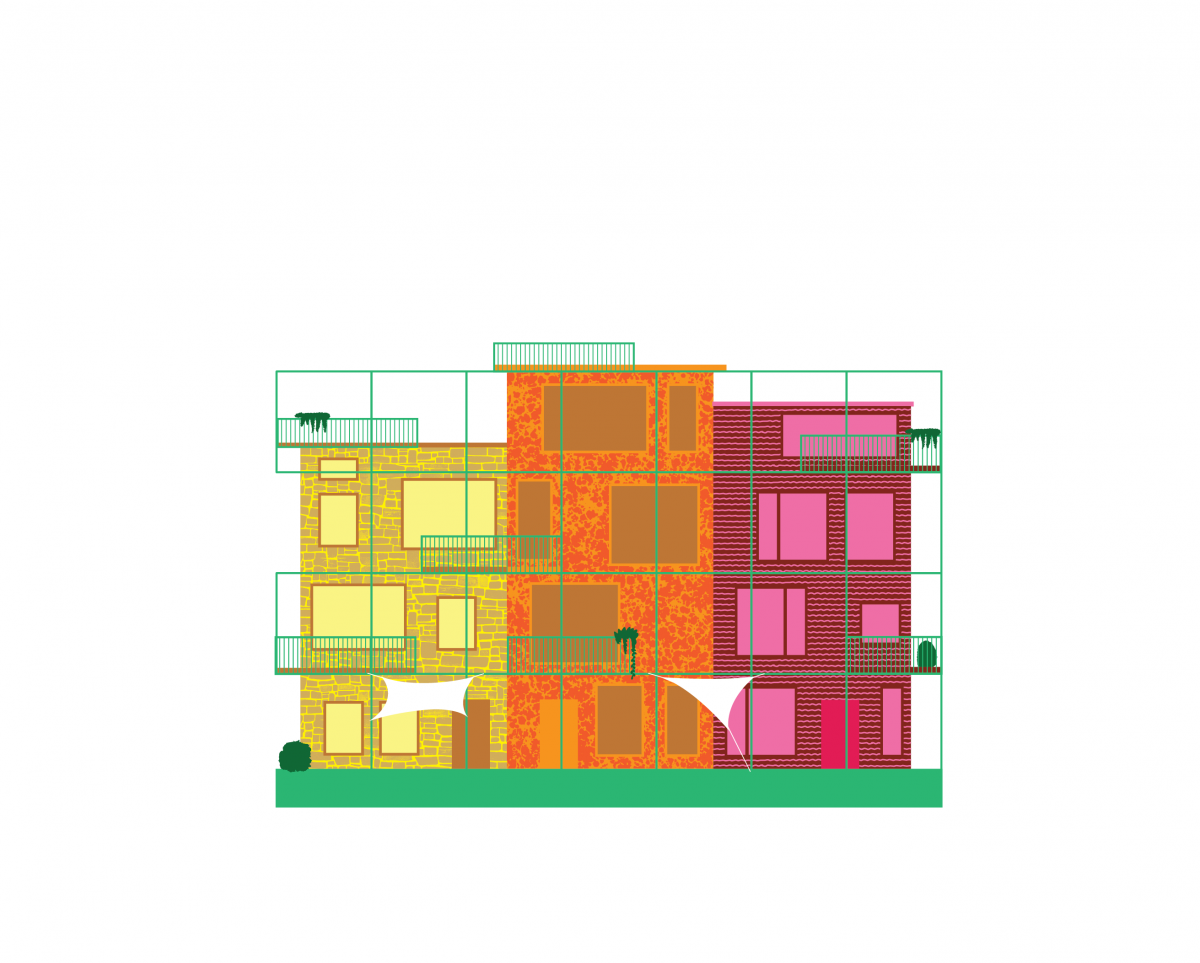 ‘zelfbouwers’ creating dynamic new neighbourhoods. Many Dutch city councils have designated precincts within urban renewal masterplans for Zelfbouw projects, allocating affordable plots through a ballot, with a series of strict rules around the design of the envelope, external materials, environmental performance and even the mix of uses. Each owner engages their own architect and develops their own plot, but is required to workshop their designs with a Master Architect for the precinct, as well as co-ordinate with their neighbours to achieve the intended quality and diversity. Residents often choose to co-ordinate contractors for cost efficiency, either in small groups, or long rows. In the biggest Zelfbouw neighbourhoods, hundreds of high-density, individually commissioned townhouses are set within larger masterplans, creating the effect of an organic neighbourhood built over time. 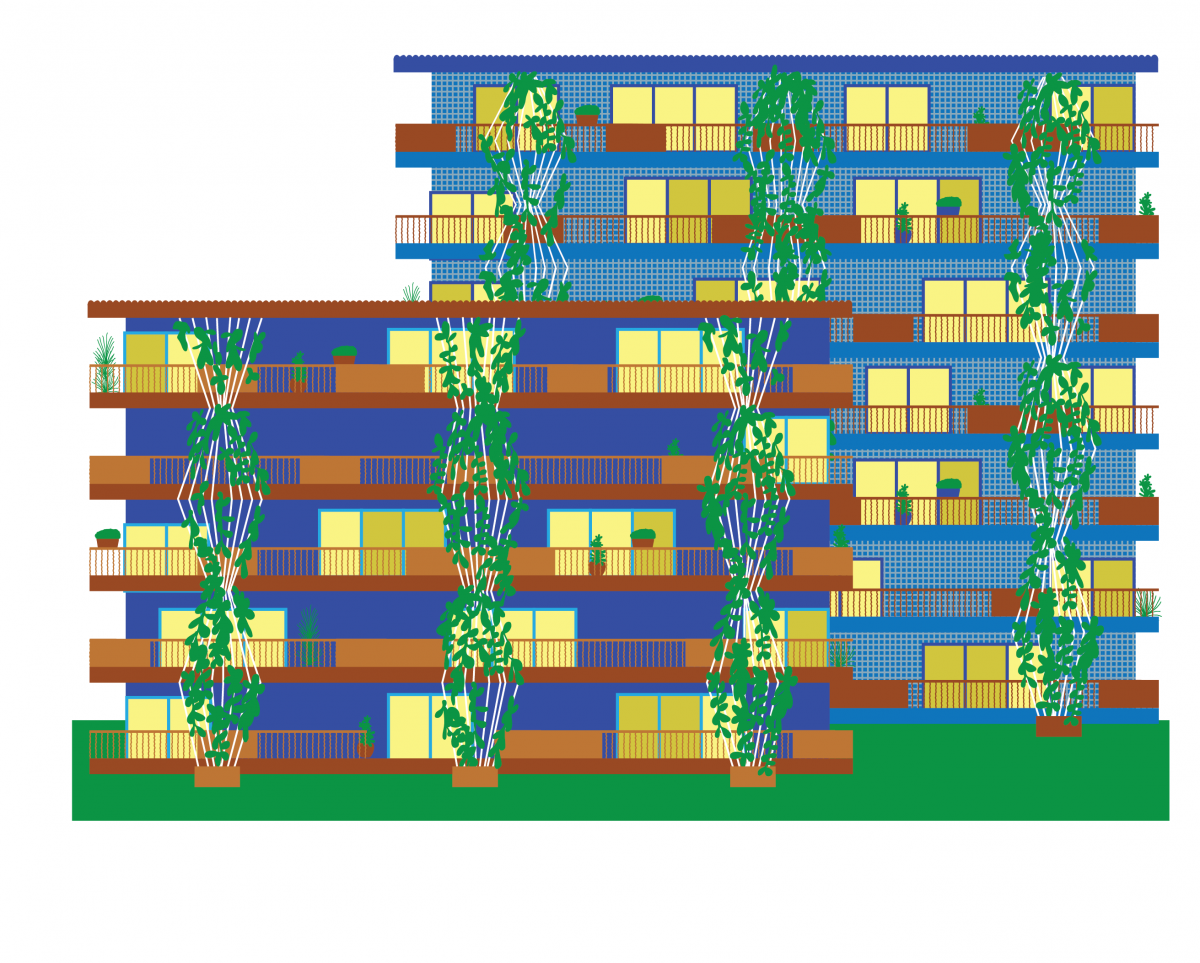 Zürich is the epicenter of the alternative development world. For over 100 years, co-operatives have been a key force in the delivery of rental housing in a city better known for high finance and exorbitant living costs. Radicalized in the 1990s in response to a housing crisis, a new breed of co-operatives has since led large-scale city-shaping projects of high quality, extending beyond housing to include social enterprises and public facilities. Today, co-operatives are a political and development force to be reckoned with, currently responsible for 25% of all housing stock (to be raised to 33% in the coming years).

Co-operatives in Zürich use a long-term rental model, funding the construction of projects via low-interest loans with a long payback period, typically on land leased from the city. Residents are only required to put up 6% equity for the value of the unit, in addition to rent well below market rate. This ‘deposit’ of sorts is transferrable and can be extracted if the resident moves within the co-operative, or to another project elsewhere. 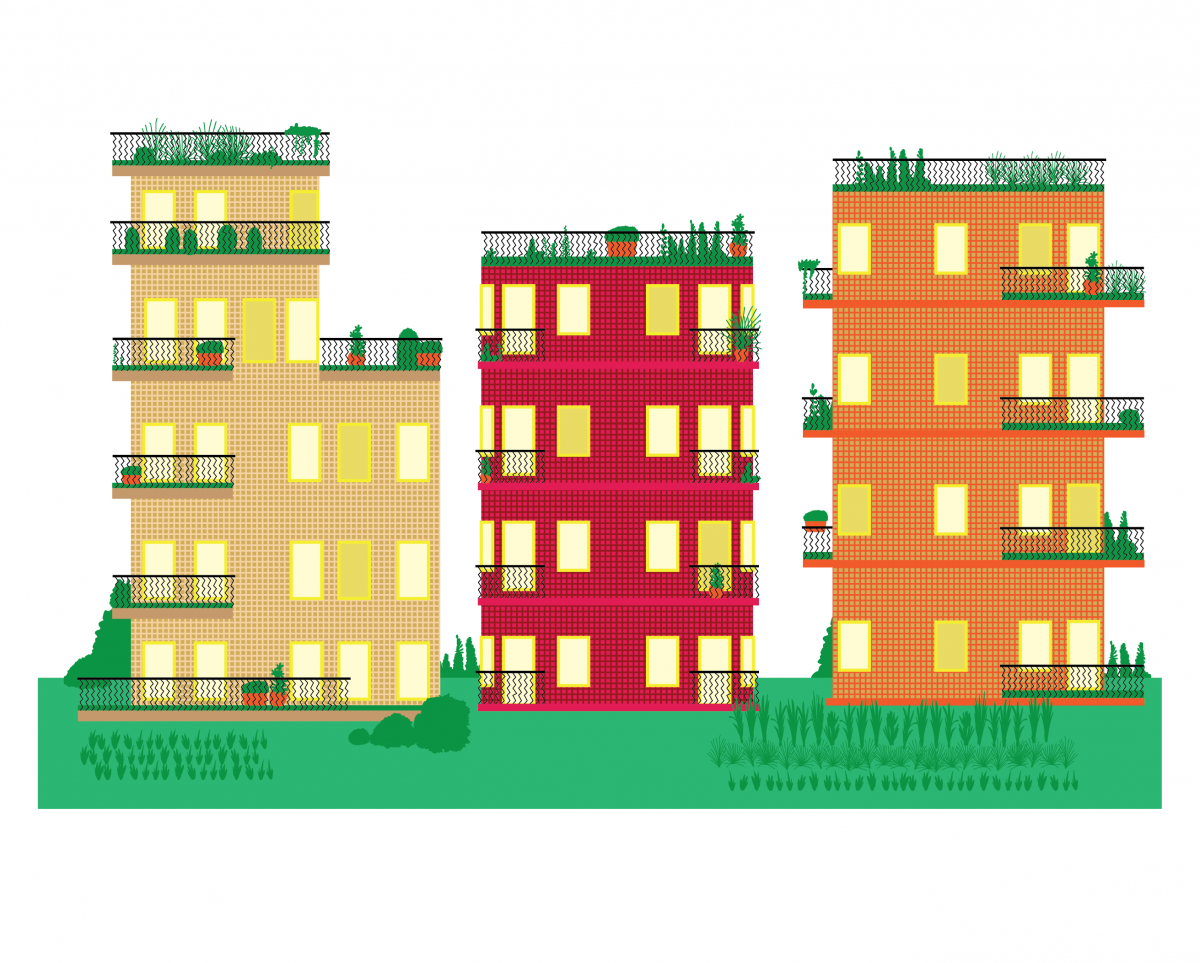 Co-housing originates in Jan Gudmand-Høyer’s ideas of experimental collective living in Denmark in late 1960s. Inspired by Bodil Graae’s 1967 article, ‘Every child should have 100 parents’, Gudmand-Høyer founded a series of pioneering projects on the outskirts of Copenhagen that very quickly led to a significant movement, with government support. ‘Co-housing’ today is used as a more amorphous term, encompassing co-operative housing types somewhere between a number of the above models, but distinguished by the ongoing participation in the building community long after construction is finished.

Co-housing groups are typically motivated by a desire for radical democracy in all aspects of living, often underpinned by high environmental ambitions. To maintain an intimate scale and a functional community, buildings are typically low-rise and the preferred scale is approx. 30 dwellings. Co-housing groups typically create their own charter of operation to guide the way residents interact with one another. Co-housing projects can be long-term rental or ownership-based, but typically use alternative models of collective finance and sharing ownership, securing the community against a high turnover and social volatility over time. They are typically not strata-titled.

A big thank you to Andy for sharing his research with us, and to Alice for turning housing projects around the world into spiffy vectors! Andy is also one of the brains behind Melbourne Architours – walking tours of Melbourne’s urban fabric.

Andy Fergus is an urban designer at the City of Melbourne, co-director of Melbourne Architours and studio leader at the Melbourne School of Design. Andy currently works in the design review of major projects and the development of design quality policy in central Melbourne, in addition to his role as urban design collaborator and a licensing committee member of Nightingale Housing.

View all stories by Andy Fergus

Redesigning Renting: Housing as a Service

Sharing economy increasingly means that we subscribe to a service (transport, music, even clothes and cars) instead of buying the thing. But how does this work with housing? Alexis Kalagas continues his research into start-ups that are redesigning renting.

Housing co-operatives can produce high-quality housing at affordable rents. Previously, Manuel Lutz introduced us to three contemporary housing co-operatives in Germany and Switzerland and their decision-making processes, based on solidarity and ‘self help’. Scrutinizing these projects further, today he looks at the finance that makes it possible to scale up. Mixed financing: equity capital and […]