“There’s a reason why journalist and urban activist Jane Jacobs’s reflections on the ‘intricate ballet’ of the city have endured for urban planners and everyday city-dwellers alike, despite being penned half a century ago.” – Sara Savage introduces the sixth print issue of Assemble Papers, ‘Future Local’.

There’s a reason why journalist and urban activist Jane Jacobs’s reflections on the “intricate ballet” of the city have endured for urban planners and everyday city-dwellers alike, despite being penned half a century ago. “The ballet of the good city sidewalk never repeats itself from place to place, and in any one place is always replete with improvisation,” she famously observed in her 1961 book The Death and Life of Great American Cities, before going on to describe in detail the specific morning ‘dance’ of her home on Hudson Street in Manhattan’s West Village – from a barber bringing out a folding chair for display, to commuters making their way to the subway, to her ritual greeting with a local fruit-seller. 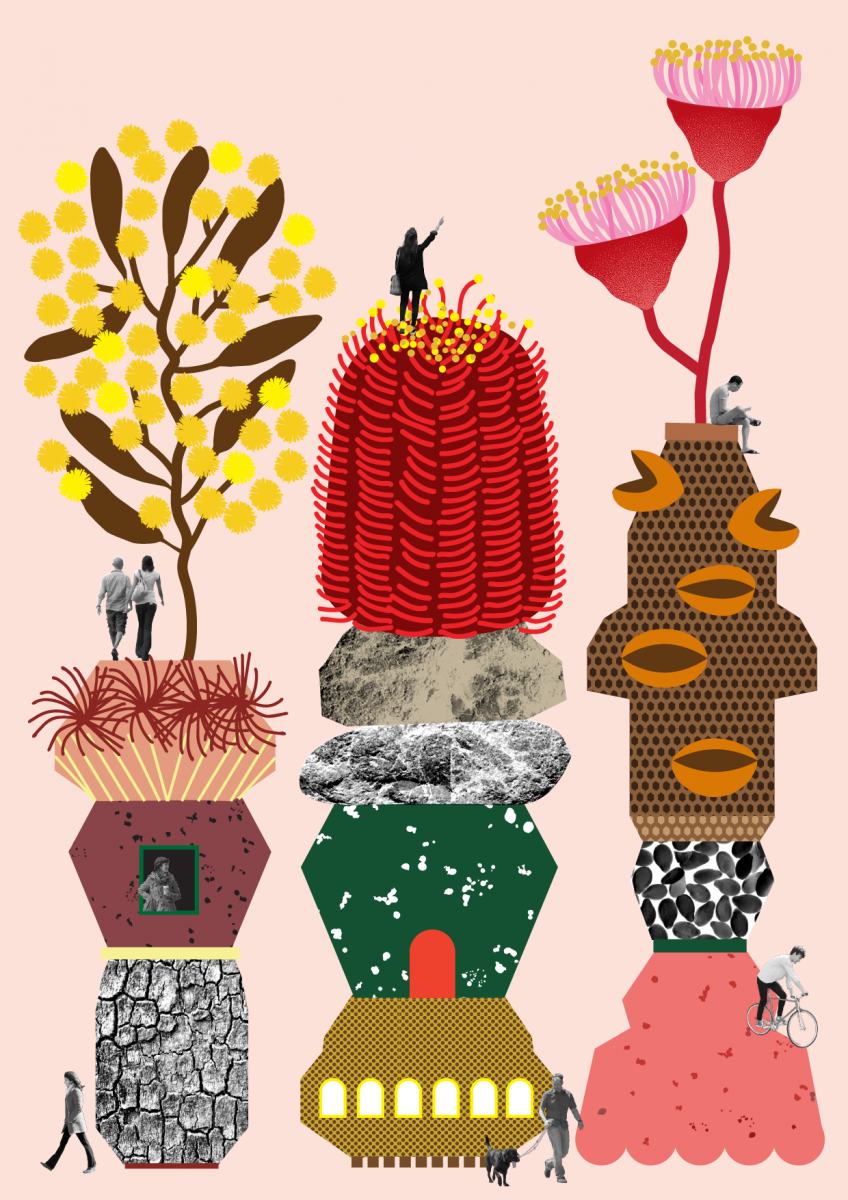 As an avid walker, I often find Jacobs’s voice permeating my own train of thought when navigating the streets of Melbourne, wondering how my experience of the footpath might differ from the person three paces ahead of me or on the other side of the road. Jacobs’s musings have endured, at least for me, because central to her conception of a ‘successful’ city are the people who live in it every day, with her ideas giving voice to the diversity of experiences, languages, philosophies and cultures that a thriving city depends on. In the current public discussion revolving around ‘future cities’, I can’t help but hope that Jacobs’s assertions – at once wildly poetic and profoundly political – maintain a real-world manifestation in the future city frameworks of Melbourne and beyond.

This special issue of Assemble Papers, presented in partnership with our friends at MPavilion, celebrates and explores the importance of context in our future urban environments, from architecture and urban planning to smaller-scale solutions and artistic ideas with big implications. Australian artists Keg de Souza and Richard Bell bring to light issues of displacement and colonisation in their deeply political, site-specific works at the recent Biennale of Sydney; Hakan Elevli and Mohammed Haddara tell the story of their decade-long journey creating the Australian Islamic Centre with renowned architect Glenn Murcutt; 2016–17 MPavilion architect Bijoy Jain speaks about his craft-centred and environmentally empathetic approach to architecture; Katherine Sundermann considers the value of deliberative development in helping residents to shape their own cities; 3000 Acres connects green-thumbed city-dwellers to underutilised urban spaces; UK-based spatial practitioners Cooking Sections understand the world through the lens of food; City Edge is one of Melbourne’s original ‘urban villages’; Karl Maier and Amee Patel let us inside their Brutalist maisonette in London’s Bethnal Green; our former neighbours Flower of Sorrento are an enduring gem of Clifton Hill; Chicago-based photographer Judy Natal envisions the future based on fragments of the present; and Julia Busuttil Nishimura shares a seasonal recipe for tempura veggies.

It’s been an exciting time for me to join the Assemble Papers family, with Assemble’s first small footprint residential project – six years in the making – right on the cusp of fruition. Putting together my first issue has been nothing short of a dream, thanks to the inspiring precedent set by founding editor Eugenia Lim. I’ll be happy if Assemble Papers can continue to spark even the lightest of toe-tapping in the intricate ballet of a flourishing city.

Our 8th print issue of Assemble Papers, ‘Metropolis.’, muses on the power of cities and their citizens to instigate and enact global change. AP editor Jana Perkovic shares her thoughts on the evolution of the issue, published in partnership with this year's MPavilion.

The 7th print issue of Assemble Papers, 'In/formation', considers activism, collective action and the power of people in the information age. (The Beyonce reference in this issue's title is a happy accident.) Here, AP editor Sara Savage explains some of the thinking behind this issue, published in partnership with CLIMARTE, the clever folks behind the biennial ART+CLIMATE=CHANGE festival.

Welcome to issue three of Assemble Papers in print. Themed ‘communal culture’, we take an expansive look at collective and collaborative living – from the wintery depths of Scott Base, Antarctica, to the flood-prone community of sub-tropical Awaran, Pakistan; from DIY backyard bungalows to neighbourhood-defining architecture in Copenhagen.