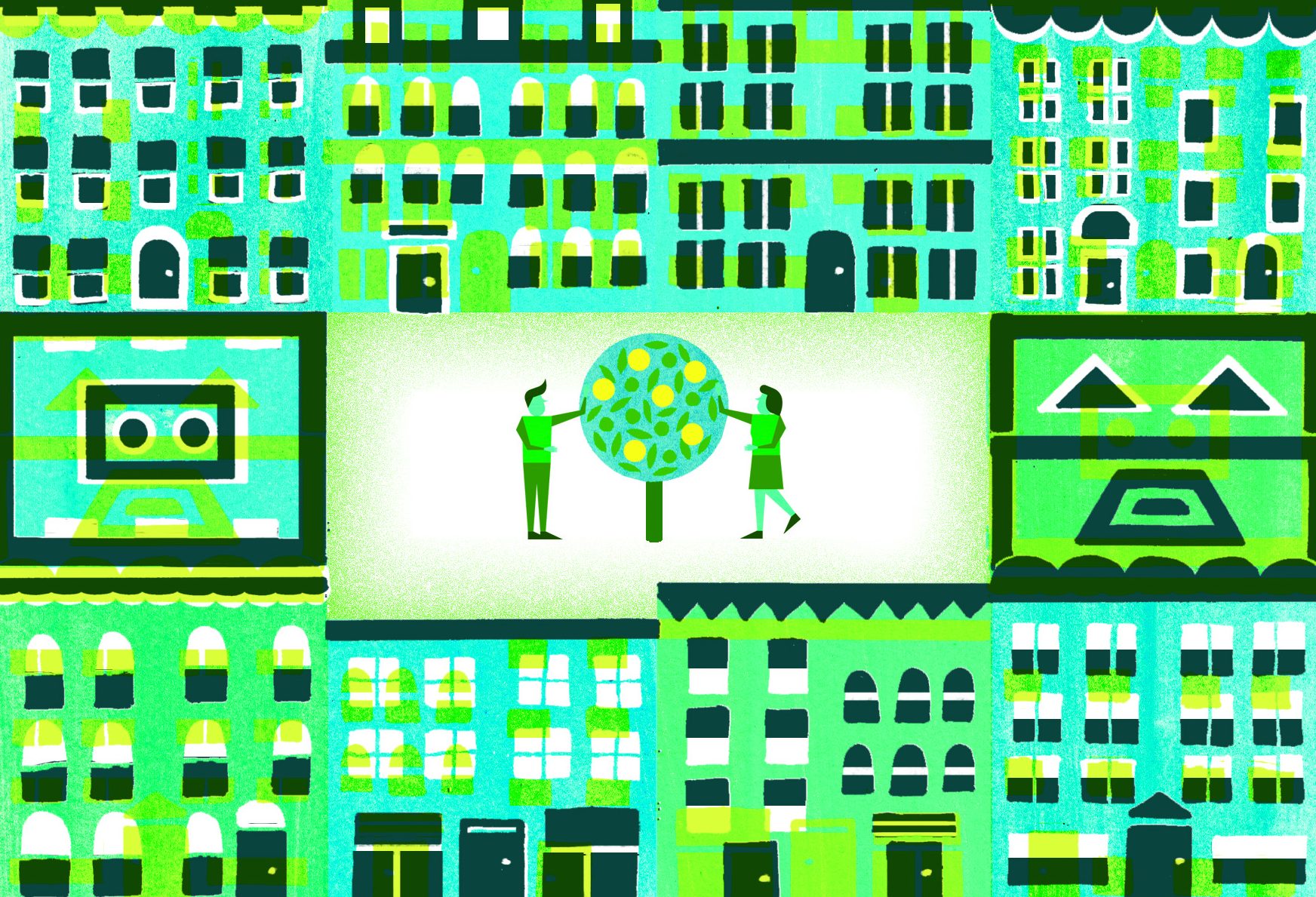 What do car-sharing, Etsy, community supported agriculture, Facebook, Airbnb, co-housing, co-working, social lending, crowdfunding and couch surfing have in common? Tim Riley takes us on a tour of collaborative consumption, an emerging social trend that TIME magazine has called one of the ten ideas that will change the world.

In What’s Mine is Yours: The Rise of Collaborative Consumption, authors Rachael Botsman and Roo Rogers discuss collaborative consumption as a model through which people can share resources without giving up “cherished personal freedoms or sacrificing their lifestyle.” This “emerging socio-economic groundswell” is driven by the fact that people are increasingly searching for more simplicity, transparency and participation in their lives. It is this modern search for a more pared-back yet socially-connected existence that is driving a shift in our lifestyles and mindsets.

The internet is facilitating much of this. By making it easier for us to share and connect, our online interactions are helping to overcome perceived barriers to sharing. The internet is helping many people move beyond old stigmas, associations and fears they perhaps once had – that sharing with a collective or cooperative would somehow compromise their own personal freedoms, privacy and autonomy. So, this collaborative consumption trend is refreshing old concepts like cooperatives and collectives, reinventing them into what Rachael and Roo call “valuable forms of collaboration and community.”

At the centre of this movement is:

In a world where resources and space are becoming scarcer and more precious, collaborative consumption is a powerful concept that appeals to our higher values.  As we lurch beyond what UK filmmaker Adam Curtis dubbed “The Century of the Self” into a new age defined by something hopefully more substantial than hyper-consumption, our recognition of the limitations of the past are “moving us away from the old top-heavy, centralised and controlled forms of consumerism toward one of sharing, aggregation, openness and cooperation”, as Rachael and Roo observe.

I was intrigued by this concept of collaborative consumption because I wanted to further understand the motivations and drivers behind why people decide to collaborate in relation to housing and property. For instance, what are the changing social drivers that might be influencing people’s decisions to co-own property together or be more open to sharing their lifestyles in order to develop more sustainable neighbourhood and community models? The concept of cohousing has been around for a while, originating in the 60s principally in Denmark with the creation of the first bofællesskab (living community) and developing from there into other parts of northern Europe, the US and now Australia through bodies like Cohousing Australia and Common Equity Housing Limited.

With the rise in the public’s consciousness of sustainability and “one planet living” the concept of cohousing seems to have developed accordingly with the increasing popularity of eco-villages and disciplines like urban ecology, which focus on urban renewal and sustainable development.

In Australia, Danish-style cohousing projects based on the cluster housing model have emerged over the last few decades, exemplified by projects like Westwyck in Brunswick West, The Commons in Brunswick and Christie Walk in Adelaide. Arguably the most famous recent international example is the Beddington Zero Energy Development (BedZED) development in London. Hundreds of cohousing communities exist in northern Europe, particularly Denmark and the Netherlands. Meanwhile, across the Atlantic, there are more than a hundred operating cohousing communities in the United States. So will this type of development become more popular in Australia? Some insights from Rachael and Roo’s What’s Mine Is Yours indicate that perhaps we will start to see more collaborative lifestyles locally, when you consider that:

Sharing is innate. As “children we are sociable and cooperative by nature. But by the age of three, children start to adhere to ‘social norms’ shaped by culture. At this stage, concerns of how others in a group will judge them can encourage or discourage collaboration.”

Sharing benefits communities as much as it benefits individuals. As a society we are “relearning how to create value out of shared and open resources in ways that balance personal self-interest with the good of the larger community”. Collaborative consumption can help users enjoy products or services without the expense, maintenance hassle, and social isolation of individual ownership. Communities “can help people become more than they are as individuals. In other words, we benefit from a ‘collaborative individualism’”.

Motivations for sharing are varied. Some “collaborative consumers are forward thinking and socially minded optimists, but others are individuals motivated by a practical urgency to find new and better way of doing things”. Practical urgency is a driver, be it an imperative “to save money or time, access a better service, be more sustainable or allow closer relationships with people rather than brands”. There are certain specific motivations for participating in collaborative consumption: cost savings, coming together, convenience and being more socially conscious and sustainable.

The authors organise hundreds of examples of collaborative consumption into three systems:

Collaborative lifestyles – where people of similar interests band together to share and exchange less tangible assets such as time, space, skills and money

Of these three systems it is the concept of collaborative lifestyles that perhaps has the most relevance to cohousing. And like anything there are a number of threats and opportunities that stand in the way of change. So what are some of the hurdles people need to vault in order to live more cooperatively?

Rachael and Roo share the story of Stephanie Smith. In 2008 Stephanie was profoundly impacted by the global financial crisis. She was convinced that the source of the crisis was rooted in the advent of an “isolated consumer society”. So she began researching the different ways people come together and share resources. Stephanie’s hypothesis was that it was the social stigma associated with sharing that was the main barrier preventing more people living more collaborative lifestyles. So Stephanie decided to turn the concept of a commune on its head and instead of leaving a place and starting a new, she wanted to see whether she could cultivate a commune in an existing community. She picked a small and contained community in a cul de sac in a place called Topanga Canyon in Los Angeles where a friend of hers lived. Stephanie got the residents together. And while they knew each other only superficially, they all quickly acknowledged the benefits of living more collaborative lifestyles. They easily came up with many great collaborative ideas and most acknowledged that they wanted to feel part of a community again. Many were living far from family. What Stefanie discovered though, was that getting people to be receptive to communal living was not the issue. Rather, what she found was that the biggest challenge the residents experienced was coordination. The perceived effort and energy needed to make collaborative lifestyles work negated the perceived return on effort. For instance, the residents wanted to share chores such as grocery shopping, but how would they know who wanted what and when? And no-one wanted a leader or committee. Too hard!

Interestingly the last few years has seen the emergence of a number of social sites that try and solve just this issue. Sites like The Sharehood (which started in Northcote,  Melbourne) and NeighborGoods look to help people save money and resources by sharing with friends and neighbours. Online networks create an architecture for participation that helps to breakdown the barriers to sharing.

Collaborative lifestyles also require a certain amount of egalitarianism and compromise. A few years ago I bought a weekender in the Otways hinterland with an old friend of mine. Three years into our experiment, we have been sharing the upsides (spending quality time together, bushwalking more, growing and eating our own food) and the downsides (weeding, maintenance and paying the mortgage) of the property with our partners week after week. Over this time, we’ve all had to make compromises. However I think it’s all worked because of a balance between a sense of ownership and neighbourliness. As a result, it feels like we’ve all benefited from a shared experience none of us would have been capable of as individuals. It feels like we have recovered something in our lives that was previously missing.

Bill McKibben, environmentalist and author of Deep Economy asserts that to participate in collaborative lifestyles, “all you need to do is re-orient your personal compass a little bit”. Easier said than done. Although it is possible, even by  businesses on a global level. Patagonia is a world leader in  sustainable business practice and has a collaborative approach to sustainability. Through its Common Threads initiative, customers are actually encouraged to buy less, maximize the life and usage of their products by repairing, recirculating and then recycling (in that order). Bucking the trend towards disposability, short lifecycles and landfill, this slow and considered approach to consumption encourages customers to increase the usage and longevity of what they own.

Perhaps the emergence and growth in all forms of collaborative consumption is reinforcing in us the understanding that we are actually not as individual as we think. Once we find an anchor of commonality, it can give us permission to collaborate, form new social bonds, build social capital and break down the emotional barriers and stigmas we often have around sharing.

Tim Riley is the principal of Property Collectives. For more information on collaborative consumption, visit collaborativeconsumption.com or peruse a recent interview with Roo Rogers in Fast Company on the ‘second phase’ of the sharing economy. Rachael Botsman is currently working on a new book on reputation capital and you can watch her in action at TEDxSydney.

View all stories by Tim Riley 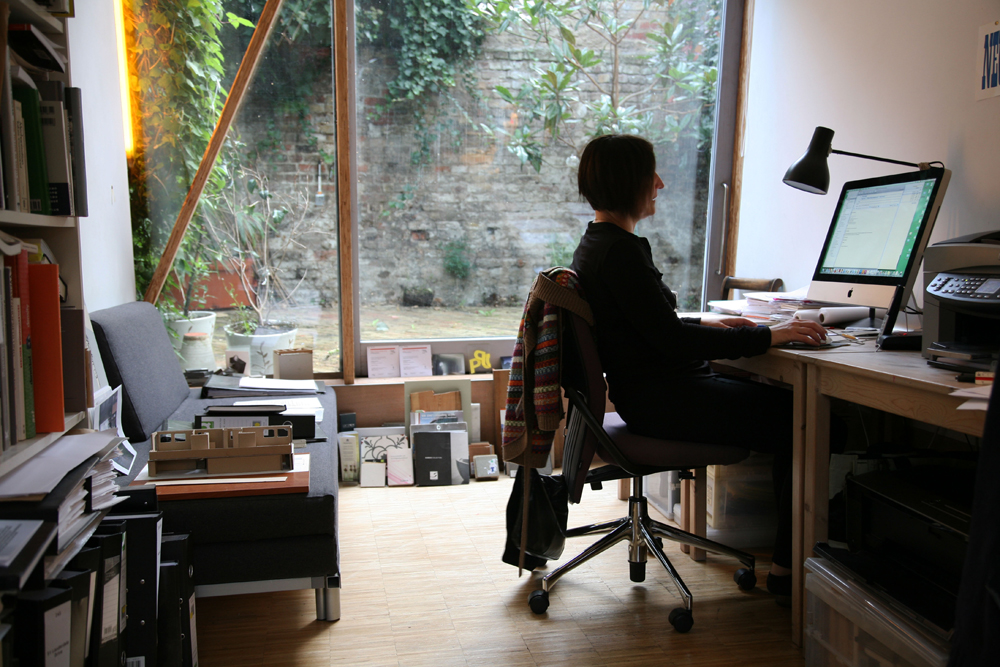 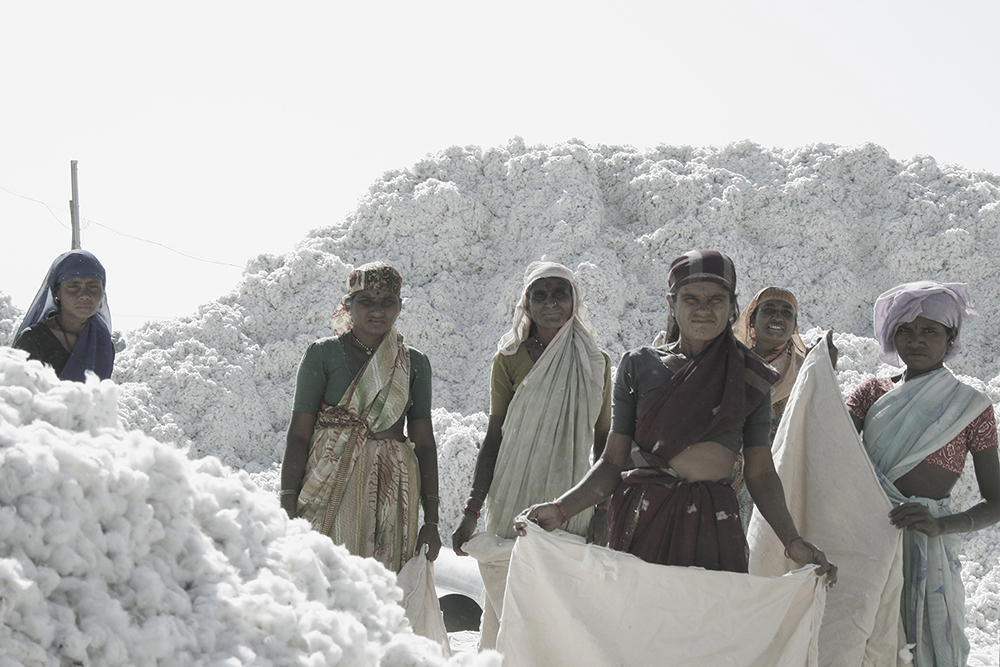 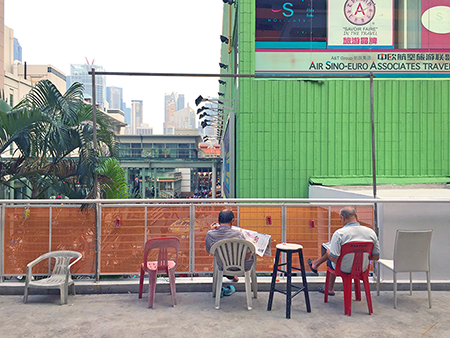 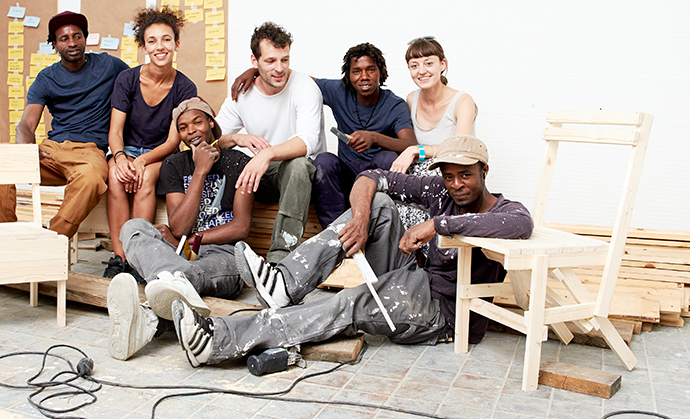