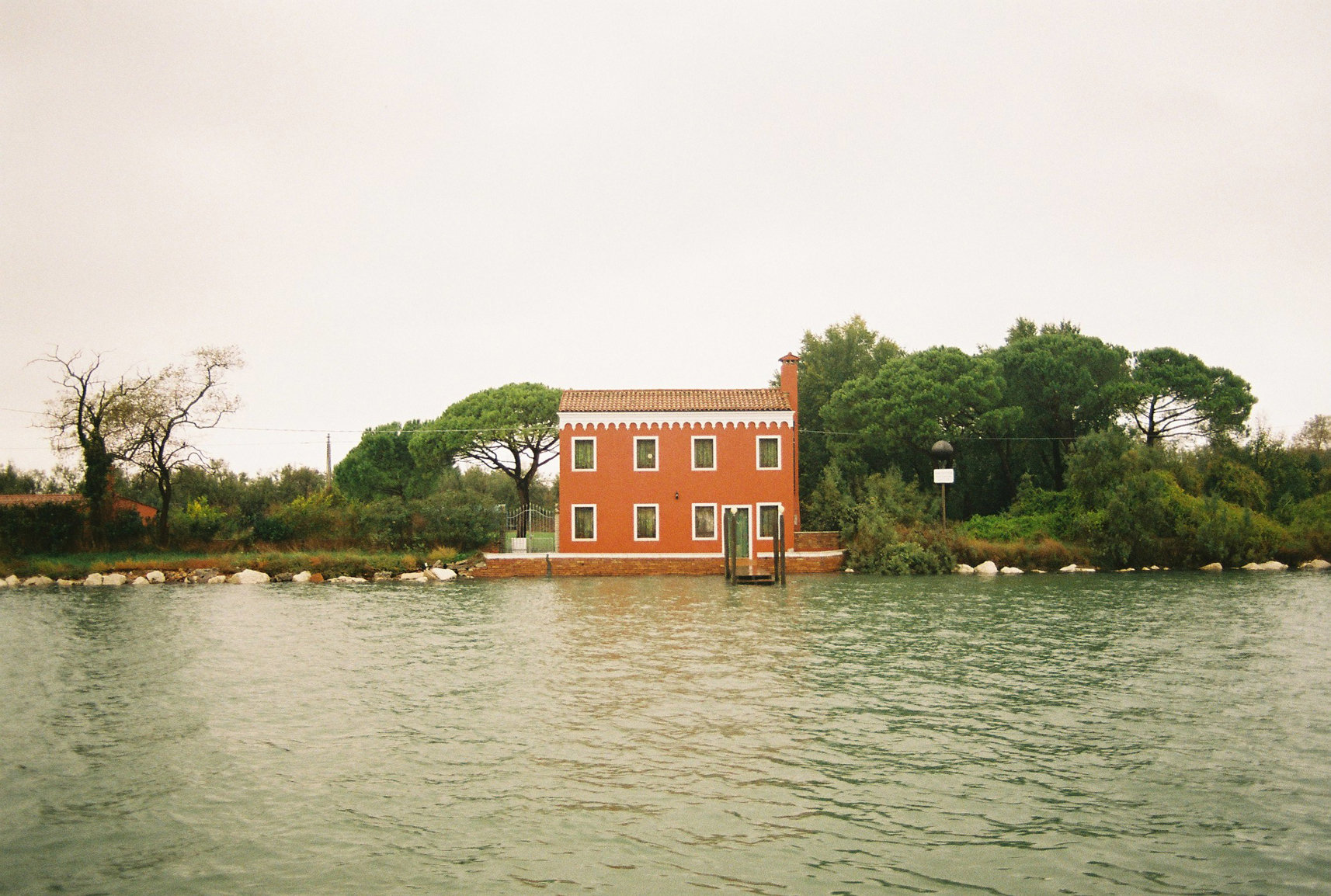 Some of the highest tides have lately afflicted Venice. Editor and architect Francesco Degl’Innocenti reflects on the history of the lagoon, where the concept of dynamic equilibrium has been the cornerstone for the evolution of nature and architecture.

After 38 kilometres of unmemorable countryside and suburbia, the Venice Marathon finally leaves behind the mainland, entering the Venetian archipelago for its last 4 kilometres. If the extraordinary change of scenery often reinvigorates the tired runners, this year it must have looked more like a divine curse: participants had to wade through 30 centimetres of water to get to the finish-line. The 1.56 metres of “acqua alta” on 28 October 2018 got people wondering about MOSE, the flood protection system for the Venetian Lagoon, which has been on hold for years.

Contrary to popular belief, high tides are not the most pressing threat for Venice. To understand why, one must read the city and its environment through the dual prism of adaptability and resilience.

Venice is a cluster of 124 islands, settled independently and eventually coalescing into a single urban structure. Populated from the 7th century AD, its growth was not conventionally radial, but polycentric. Initial settlements were almost self-sufficient, defined by three elements: a church, a square, and a well. To contain the uneven ground and build on it, Venetians mastered specific building techniques: they would drive hundreds of wooden piles into the earth, cover them with wooden boards and a layer of stone blocks, on top of which they would build the masonry foundation walls. The joint of walls and floors allowed a higher degree of freedom, avoiding clamping in order to adapt to the movements of the land underneath. Even today, Venetian buildings remain highly malleable to changing conditions.

But the speed of man-made transformations has become the main threat. While the effects are more evident in the city, they also affect the vast ecosystem in which it lies. The Venice Lagoon is an expanse of shallow waters, its 550 km² imprisoned between the Adriatic Sea and mainland by a slender strip of land – the Lido. Three inlets regulate flows of brackish water inwards and outwards, twice a day according to the tide. The lagoon ecosystem has been historically dependent on the precarious equilibrium between two opposing phenomena: neither the sea submerging the Lido to flood the emerged banks, nor the mainland claiming interstitial swamps through the sedimentation of fluvial silt.

The latter became an imminent possibility in the 16th century, with the sedimentation from the three rivers flowing into the lagoon (namely Brenta, Sile and Piave). Venice was heading toward the same destiny as Ravenna, a city founded in 7th century BC on the Adriatic coast in the central Italian province of Emilia Romagna, turned into a terrestrial city by the 11th century by the millenary action of the Po river delta (today, Ravenna sits 11 kilometres inland). To escape this fate, Venetians embarked on a gargantuan endeavour of terraforming to combat the river sedimentation, changing the terminal trajectories of the riverbeds to deposit sediments outside the fragile lagoon.

“Stronger water currents were by now rapidly changing the fragile lagoon hydrodynamics, but nobody paid attention: with the 1950s economic boom well underway, the country was inebriated by industrial progress.”

Over time, the ecosystem substantially adapted to the new equilibrium, and newly emerged sand reefs helped dissipate the erosive power of wave motion and tides: once covering half of the surface of the lagoon, the 20th century saw their progressive disappearance as a result of man-made transformations. Without their dissipative action, the anthropogenic phenomenon of subsidence (ground sink) put at risk the adaptive capacity of the lagoon.

The most drastic phase of change started in the 1920s, when the new Fascist regime built petrochemical industries along the mainland coastline, still visible today. Operating the heavy machinery required a constant supply of water, which was pumped from the aquifer underneath. Lacking structural support, the unstable central part of the Lagoon started sinking faster and faster. “Historical geological data show that in the last century the average depth of the seabed has precipitated from 50 to 140 cm, accelerating toward the quota of 250 cm where it would finally stabilize”, says Luigi D’Alpaos, Professor Emeritus of Hydraulic Engineering at the University of Padua. Shortly after, deeper channels were dug to allow the transit of commercial boats and cruise ships, and the waterflow-regulating inlets were widened. Stronger water currents were by now rapidly changing the fragile lagoon hydrodynamics, but nobody paid attention: with the 1950s economic boom well underway, the country was inebriated by industrial progress.

One autumn morning of 1966 changed everything: the “aqua granda”. After six days of rain, on the 4th November Brenta spilt over its riverbanks and flooded the countryside all the way to the swamps of the Venetian Lagoon. Meanwhile, as sirocco wind rose from south-east, a storm began pushing waves toward the thin strips of land protecting the lagoon. When the levees broke, the sea released its pressure, overflowing copiously. Helpless Venetians watched on as the water rose to 1.94 metres, the highest level ever recorded. High waters lingered for almost two days, streaky with oil spilled from heating tanks; artistic and archival damage was immeasurable.

“A city is made of its stones and its people. Venice woke up with its stones.”

The tragic events marked a pivotal point for the future of the city: that day Venice ceased to belong to its inhabitants only, and became world cultural heritage. UNESCO orchestrated a 25-year global campaign to restore, catalogue and archive the endangered heritage. It would turn Venice into an urban laboratory for experimental techniques of restoration, changing forever the concept of preservation.

After the floods of “aqua granda”, the vibrant social fabric of the city mutated overnight. Thousands of small businesses lost their entire inventory and never re-opened doors. 17,000 ground floor flats were declared unfit for inhabitation, displacing a third of the population to the mainland. “A city is made of its stones and its people. Venice woke up with its stones”, citizens commented.

The damage that industrialisation had inflicted of the Lagoon became undeniable, and the Italian Government declared its environmental protection as national priority. After the passing of two Special Laws (1973 and 1984), engineers started experimenting with solutions to protect Venice from high waters, as well as to preserve the larger hydrodynamic equilibrium of the lagoon.

Scenes of flooding on 28 October. Areas far from the canals were affected by the rising waters.

The MOSE project (‘MOdulo Sperimentale Elettromeccanico’ or ‘Experimental Electromechanical Module’) was approved in 2002. With ill-concealed biblical ambition (‘Mose’ is Italian for ‘Moses’), MOSE attempted to achieve a debatable compromise between ecosystemic safeguard and current naval activities: the enlarged inlets were to be stabilized and mechanized with a system of 78 mobile gates, anchored to an underwater concrete structure through 156 hinges. Each gate resembled a metal box of variable length (18 to 29 metres) and thickness (3.5 to 5 metres). During exceptionally high tide (above 1.1 metres), the injection of compressed air would activate the mechanical tilt, the gates would fill with air and rise, blocking the rising seawater from entering the lagoon.

The project drew criticism, particularly for its minimal contribution to counteracting the soil subsistence in the lagoon. Moreover, since 2003, the costs rapidly blew up to €5.5 billion (AUD$8.6 billion), about three times the initial estimate. This caught the attention of investigators, leading to 46 arrests among politicians and public servants including Giorgio Orsoni, former Mayor of Venice (arrested and charged in 2014, acquitted in 2017). In 2014, Italian anti-corruption authorities put the consortium of enterprises in charge of construction under external administration. Originally due for completion in 2011, it will take an estimated additional €500 million (AUD$780 million) in order for MOSE to be operational in 2022. However, the budget blow-up and corruption cases have made it difficult to secure further access to capital: in the last two calls for tenders, no bank offered to lend the amount to finalize the project.

Even these concerns have lately become secondary. In a recent report sent to the Ministry of Infrastructures, the Consortium admitted the existence of critical design flaws yet to be solved. The engineering concept underestimated the material sediments within the gaps between the gates, which have already damaged some of the barriers. Correct functioning will require ongoing maintenance, the cost of which is estimated at €50-80 million per year (AUD$90-130 million), optimistically. At the moment no upkeep procedure is in place, and there is no funding in sight. And even at full function, MOSE would not correct the faulty hydrodynamics of the expanded inlets, but crystallize it for the century to come.

In 1973 Canadian ecologist C.S. Holling introduced the concept of resilience of ecological systems, warning against overvaluing stability. “Posing an ecosystem in a straitjacket of consistency,” he wrote, “can cause fragility to evolve.” Complex systems must have the capacity to adapt to a perturbation without suffering complete failure. In materials science, collapse is linked to the concept of chemical discontinuity: a flaw in the homogeneity of the material is the origin of failure, that from there propagates faster. Think about steel: rust will generate at first in scratches, eventually spreading to the whole metallic surface. Venetian builders learned to avoid rigid constraints between building elements, because the mechanical discontinuity within the overall elastic behaviour would cause the collapse of the structure.

“Even at full function, MOSE would not correct the faulty hydrodynamics of the expanded inlets, but crystallize it for the century to come.”

Rather than adapting, MOSE tries to resist change, acting as a point of discontinuity from the historical resilience of lagoon. With climate changing faster than predicted, the project responds to a complex problem with an inflexible, monolithic solution. Moreover, the increasing frequency of “high waters” led the flood protection system to seemingly prioritize the city of Venice and its preservation. But in doing so, it failed to comprehend the inter-dependencies within the larger lagoon. Disentangling these two systems, in the attempt to save one, may condemn the other to an even more rapid decay.

As painful as it may be to accept, people still live in Ravenna, while Atlantis is long gone.

A heartfelt thanks to Francesco for this history of the equilibrium between the Venetian lagoon and its city. Thank you also Rita for the incredible photos of the recent floods in Venice. Francesco is one of the editors of the Amsterdam-based Volume magazine, one of the very few magazines we subscribe to religiously. You can see more of Rita Liao’s fabulous architectural photography on her website.

Francesco Degl'Innocenti is an architectural researcher, born in Europe and still based somewhere there. He is trying his best not to specialize. Not interested about your dietary choice, as long as you don’t waste food. Currently working as an editor for Volume.

View all stories by Francesco Degl'Innocenti

Rita Liao is a human being interested in documenting the life around her (from the mundane to the extraordinary) while completing a Master of Architecture. She has a love for analogue photography, bicycle adventures and getting lost in parallel worlds.

View all stories by Rita Liao 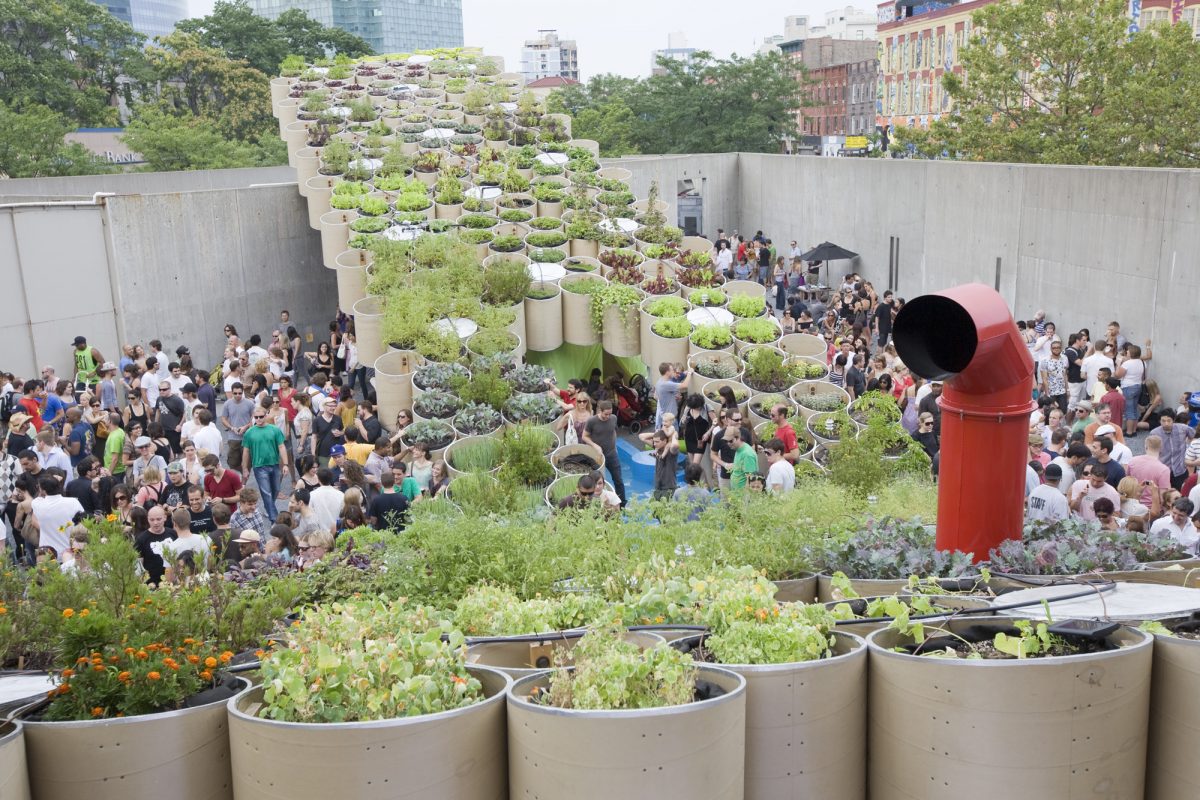 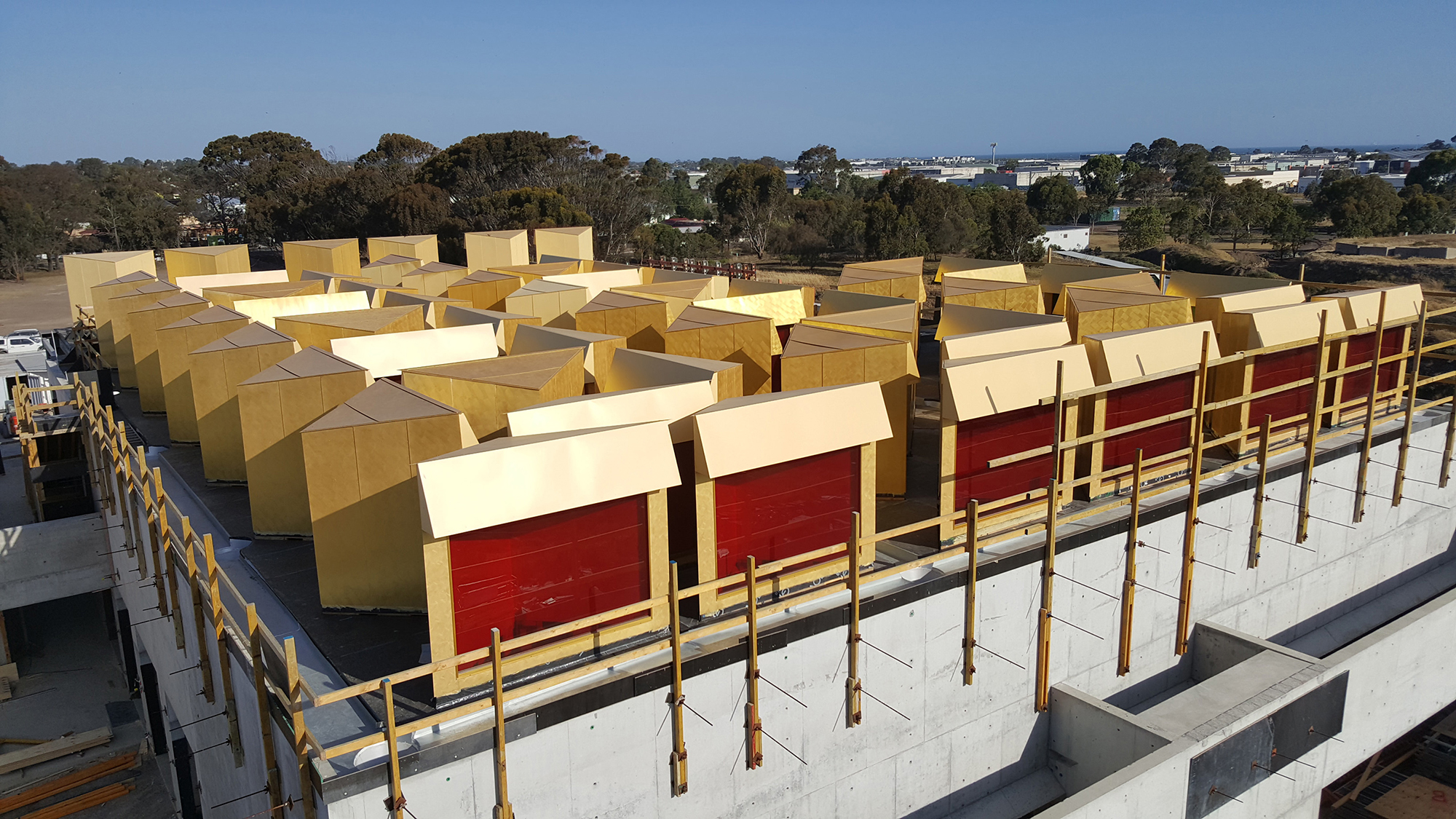 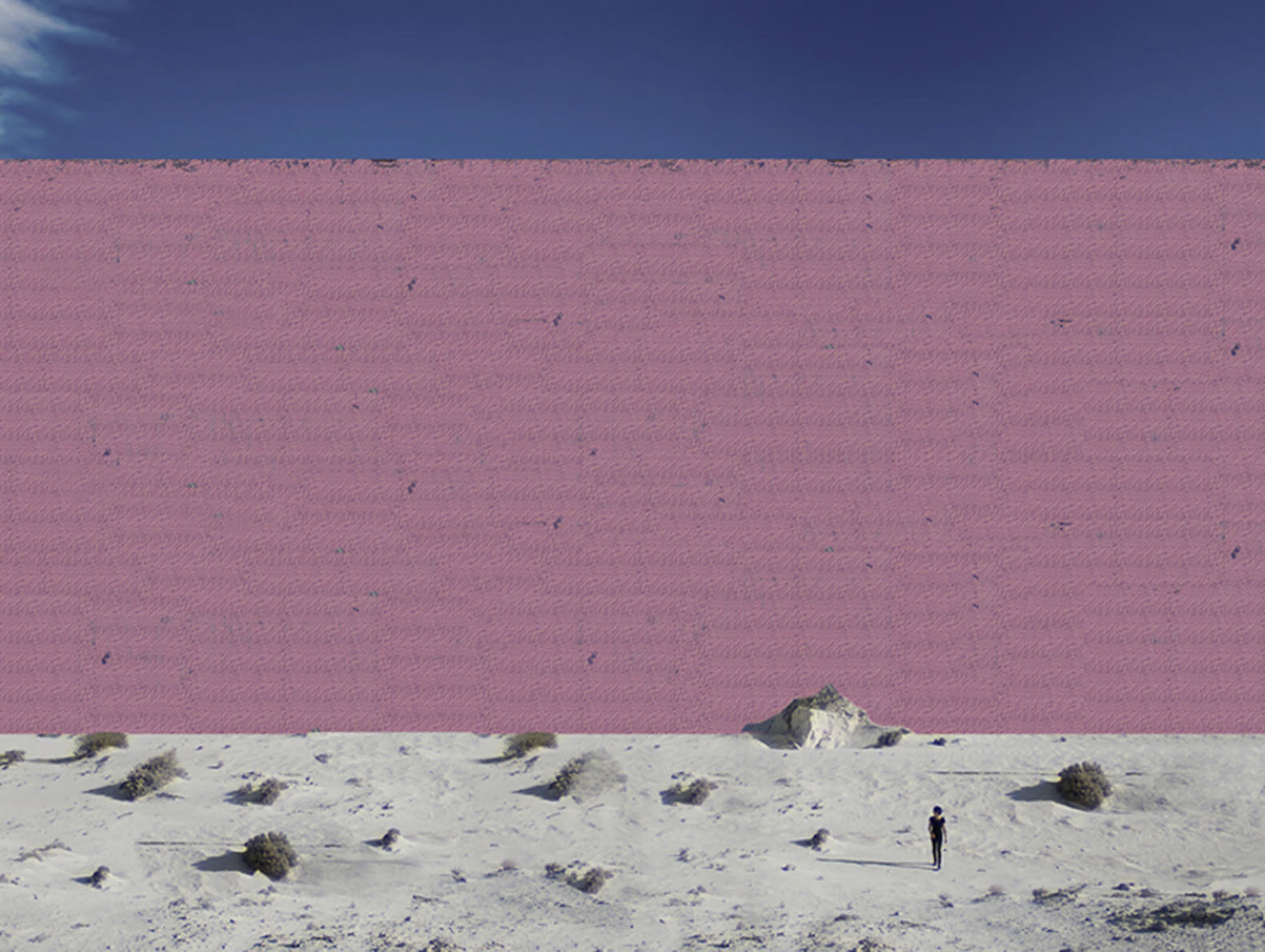 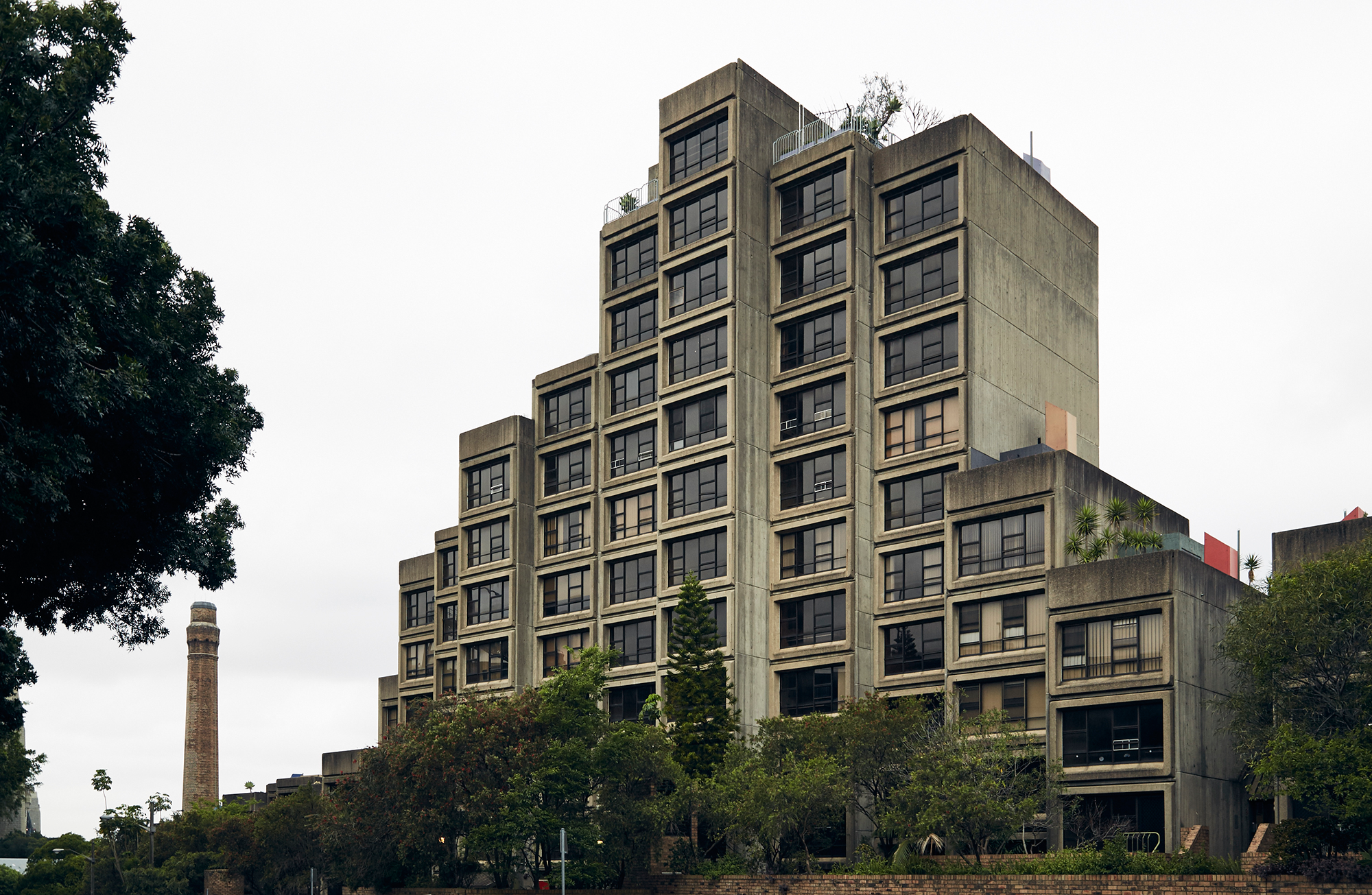