As the century progressed, however, the Downtown area slumped into significant decline. The economic hardship of the Great Depression saw many Angelenos living in deteriorating housing within the urban core. Planning and development of the freeway system in the 1940s and the 1950s drove the rise of the automobile, investment in the suburbs, the building of malls; it also secured the destruction of the Pacific Electric railway system (the Red Cars), which in the 1920s had been the largest electric rail system in the world. Racially restrictive zoning for housing and riots in the South Los Angeles neighbourhood of Watts in the 1960s drove many more residents and businesses to new suburbs, leaving the Downtown area devoid of foot traffic, employment and the vibrant buzz of urban life. Eventually, the major banks and other grand buildings of this central core were transformed into warehouse spaces for major clothing labels, occupied by minimum-wage textile and furniture factories, or turned into low-rent artist lofts. Recently, however, interest and investment in Downtown LA has been on the up.

Renowned LA-based architecture critic and curator Mimi Zeiger has been documenting the regeneration of Downtown LA during the last decade or so. “The move back to invest in that core had started and been encouraged in the arts district, an industrial district slightly east of the actual Downtown core, where a lot of artists moved in, and SCI-Arc [the Southern California Institute of Architecture] moved in. Then people started to take notice of the cool buildings; then the lofts were there, and the lofts got cooler; then the galleries moved in; then creative office spaces; and then, well, you know this trajectory…”

Here in Melbourne, we are sitting on the 35th floor of the Sofitel, looking out over the MCG, skyscrapers, parklands and off towards the eastern and northern suburbs. As I nod in agreement and refer to it as a process of gentrification, Zeiger hesitates: “I always stick on gentrification.” She mentions an article written by Stephen Zacks in 2015 for former Detroit journal ∞ mile, titled ‘27 Points Toward a Pragmatic Understanding of Various Phenomena Confusingly Grouped under the Name Gentrification’, as a means of pointing to the multitude of issues that can contribute to such processes.

“The reason that people get moved out of neighbourhoods is because they don’t have home ownership, and there are certain housing policies in place so people can’t get credit; or there’s economic displacement, or there’s just basic migration. So it’s complicated.”

While she admits that some of the artists who were forced out of Downtown LA might disagree, she says that Downtown was really waiting for regeneration to happen. “There was a lot of impetus on the part of the council people and the city government to make a core. As things started to take off, some companies were getting, let’s just say, ‘incentives’ to move. But at the same time there were other things going on – the gallery spaces and the pop-up parks. So it’s the bottom-up and the top-down simultaneously driving it.”

This tension between the bottom-up and the top-down, between the grassroots and policy, is something Zeiger feels is critical to the success of any urban environment.

“They influence each other. I think it’s the only way it really works. It’s the combination and the tension between the two, where one is driving the other at various times.”

The other part of the puzzle, Zeiger says, is a desire among certain demographics to live a more urban lifestyle. This desire often goes hand in hand with a growing tendency toward economically and ecologically sustainable living that Zeiger has tracked in her books Tiny Houses (2009), Micro Green: Tiny Houses in Nature (2011) and Tiny Houses in the City (2016). The books trace a pattern that reflects a decade of financial instability in the US, but can also be observed around the world.

In an interview with the LA Times, Zeiger explained: “I wrote the first book in the series, Tiny Houses, during the mortgage crisis. It was a moment when we were assessing how much stuff we really need and the sprawl to the suburbs. Micro Green: Tiny Houses in Nature was a response to the recession and a Walden-esque way of life. It was about being resourceful and eco-minded. [The third] book is timely because people are returning to live in the city.”

Zeiger’s forthcoming book, Made Up: Design’s Fictions, is co-edited by architect Tim Durfee. It looks beyond the tangible materiality of our lived reality to consider some of the speculative fictions and futurisms that can inspire us to approach contemporary concerns from new perspectives. Rather than engaging with utopia for utopia’s sake, Zeiger is interested in alternative visions for re-imagining how our cities can be designed and inhabited.

“The kinds of stories I’ve become interested in are the other kinds of futurisms, like Afro-Futurism, where we’re looking at non-represented populations proposing a design fiction, and thinking about that as a reality. That’s when it becomes exciting; when agency is given not to people like [British architect] Norman Foster, who already have a lot of the agency for shaping the world, but to people who don’t have that kind of agency and are radically encouraged to think beyond.”

While she is quick to credit writer and curator Gavin Kroeber and his curatorial initiative New Cities, Future Ruins for enlivening her interest in these new futurisms, Zeiger has been engaging with speculative fictions for some time and presents a notion of utopia that embraces practical, conceptual and cultural themes. For the Living Cities Forum, held in Melbourne in late July, Zeiger addressed how such speculation, especially when combined with bottom-up local practices, can encourage ambitious planning and inspire a sense of radical hope.

She takes as an example a greening initiative from 1930 known as the Olmsted-Bartholemew Plan. Never implemented, the plan envisioned a belt of parks and playgrounds around LA, and elements of the plan have recently been revived in a number of proposed designs to revitalise the LA River. While the ‘Emerald Necklace’ of the 1930 plan seemed radical and even politically dangerous, there is now a very real possibility that some of those ideas will be realised.

Regeneration projects such as Downtown LA and the LA River are contributing to the creation of an LA that seemed inconceivable ten years ago: LA as a walkable city. It’s an LA that can only be realised through a shift in how the city is imagined. In this context, Zeiger proposes another utopian vision, drawn from Spike Jonze’s 2014 film Her. Jonze’s depiction of future LA (created by merging the skylines of LA and Shanghai) presents a generic vision of a city filled with high-rise apartment blocks. It represents, Zeiger says, a banal vision for the future of a city that so intensely fears banality – for good reason:

“Most new housing in the city is dreadfully generic and cheaply built. Old zoning requirements and a sluggish building department make it difficult for experimentation to take hold. Yet a tall LA could – maybe should – be a more liveable LA. The city is already the densest metropolis in the nation, and high rises built near transit hubs could help ease the reliance on the old freeway system, and increase connectivity and walkability.”

For most of us, LA is a city that exists predominantly in our imagination, as a slideshow of cinematic visions. While futuristic projections often denote points of tension between desire and fear that make the shift from speculation to reality difficult to grapple with, or even accept, Zeiger suggests that it is within these frictional areas – where the dystopian rubs up against the utopian, or the grassroots injects experimentation into government policy – that the most exciting possibilities for creating truly liveable cities are to be found. “It’s necessary to use utopias as a way to put forth a vision that we want to see. And it’s necessary to pair the dream of that vision with the complex realities of daily life. They are two extremes that require one another.”

With one eye on such speculative fictions and the other clearly focused on the kinds of tactical urbanism and adaptive reuse that have contributed to re-enlivening Downtown LA, Zeiger leaves me feeling confident that such visions can inspire the radical hope that will begin to recast what the city of the 21st century is and can be.

This article originally appeared in Issue 8 of Assemble Papers, ‘Metropolis.’ A big thanks to Mimi Zeiger for complicating our understanding of Los Angeles and utopian architecture. You can read more from Mimi on her website. 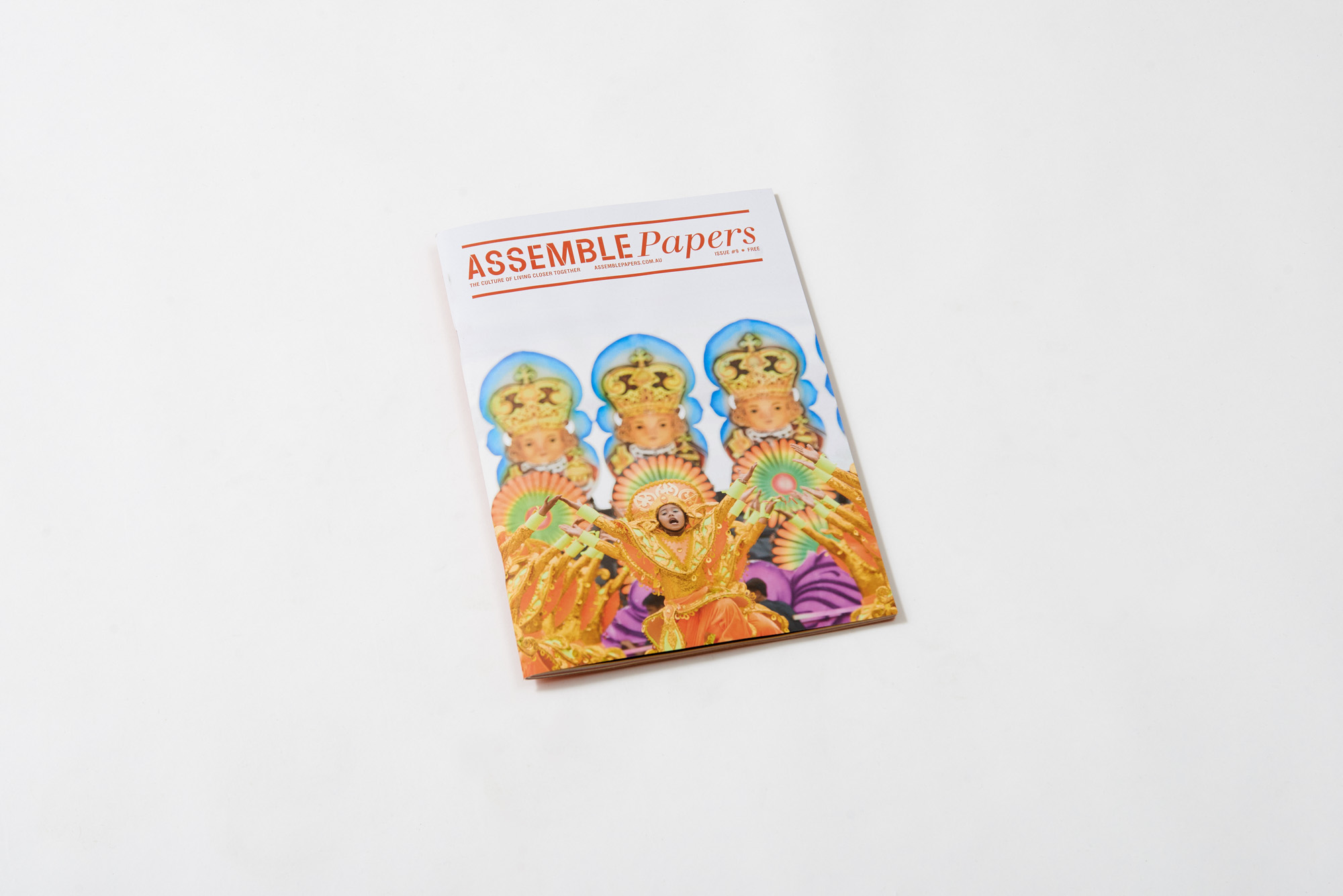 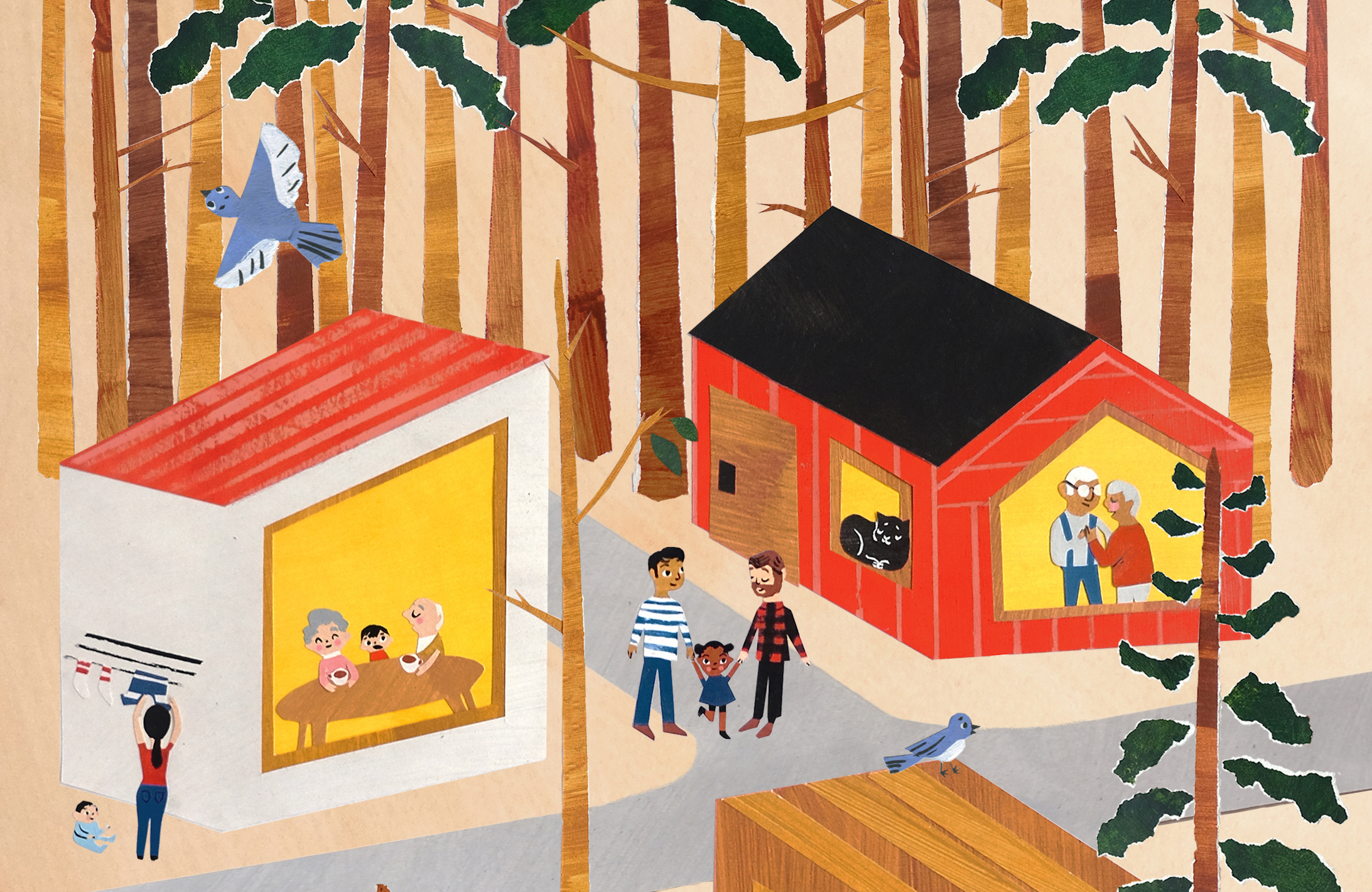 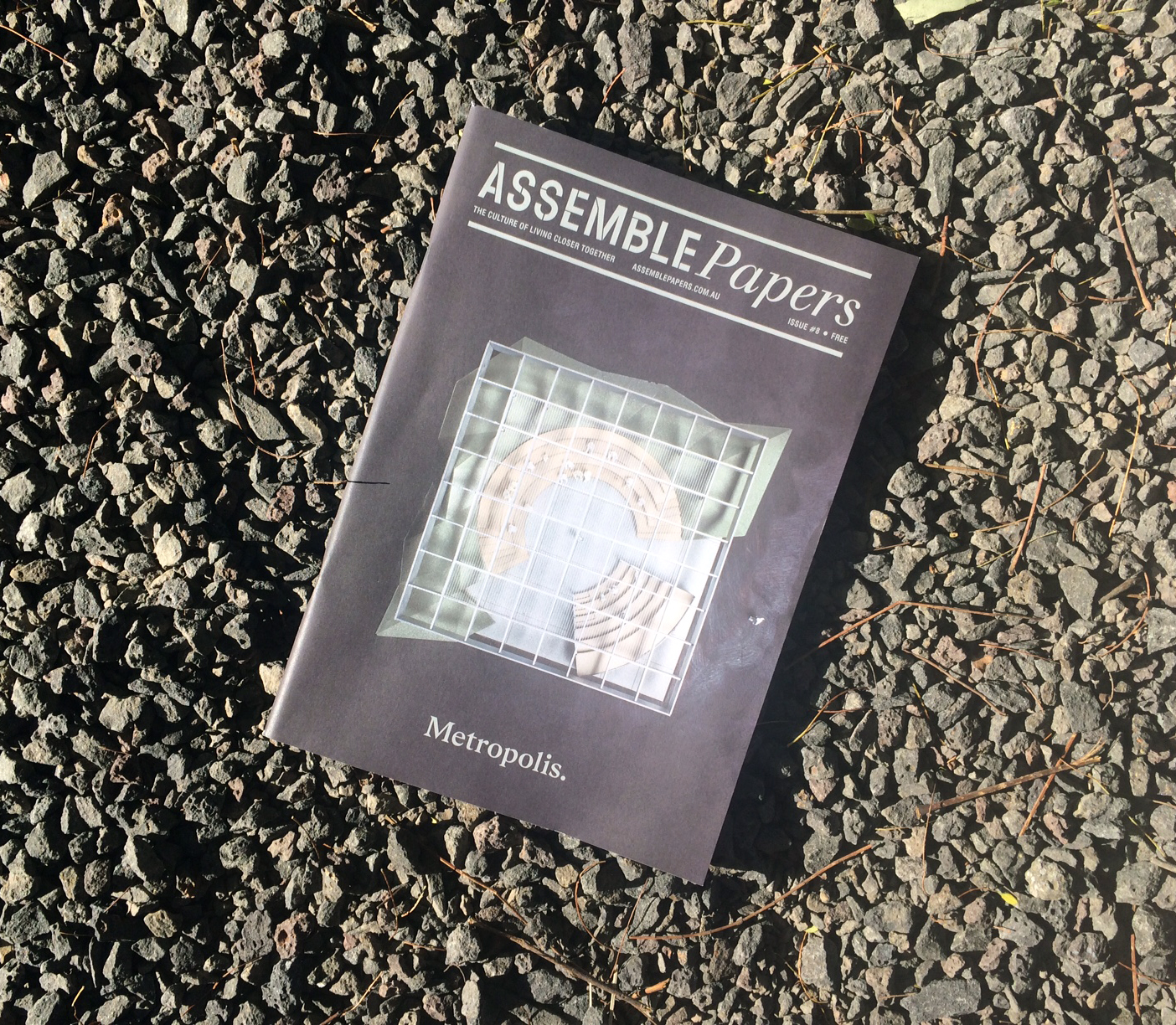