Are you a lover of landscapes and the built environment who often finds yourself lost for words when it comes to describing these places? Our upcoming MPavilion workshop is for budding writers, artists, poets and architectural enthusiasts alike who want to be able to better express the world around them. Our three mentors, Alex Selenitsch, Amanda Maxwell and Penny Modra, share their thoughts on writing about place.

On Saturday 17 December, we’re inviting emerging writers, artists, poets and architectural enthusiasts alike to join us and three special guests at MPavilion for an immersive two-hour workshop designed to provide the tools to write about and better express interpretations of place and the built environment. It’s a workshop for the architecturally inclined but not necessarily trained; for people who love language but who sometimes struggle to find the words to describe the world around them.

Leading the workshop are creative writer Amanda Maxwell, certified grammar nerd Penny Modra (The Good Copy) and poet and architect Dr Alex Selenitsch. During the workshop, we’ll be taking our cues from the environment around us (that is – this year’s Studio Mumbai-designed pavilion, and the surrounding Queen Victoria Gardens) to implement the solid-gold tips from each mentor. We caught up with Alex, Amanda and Penny ahead of the event to find out how place and the built environment have influenced their work. 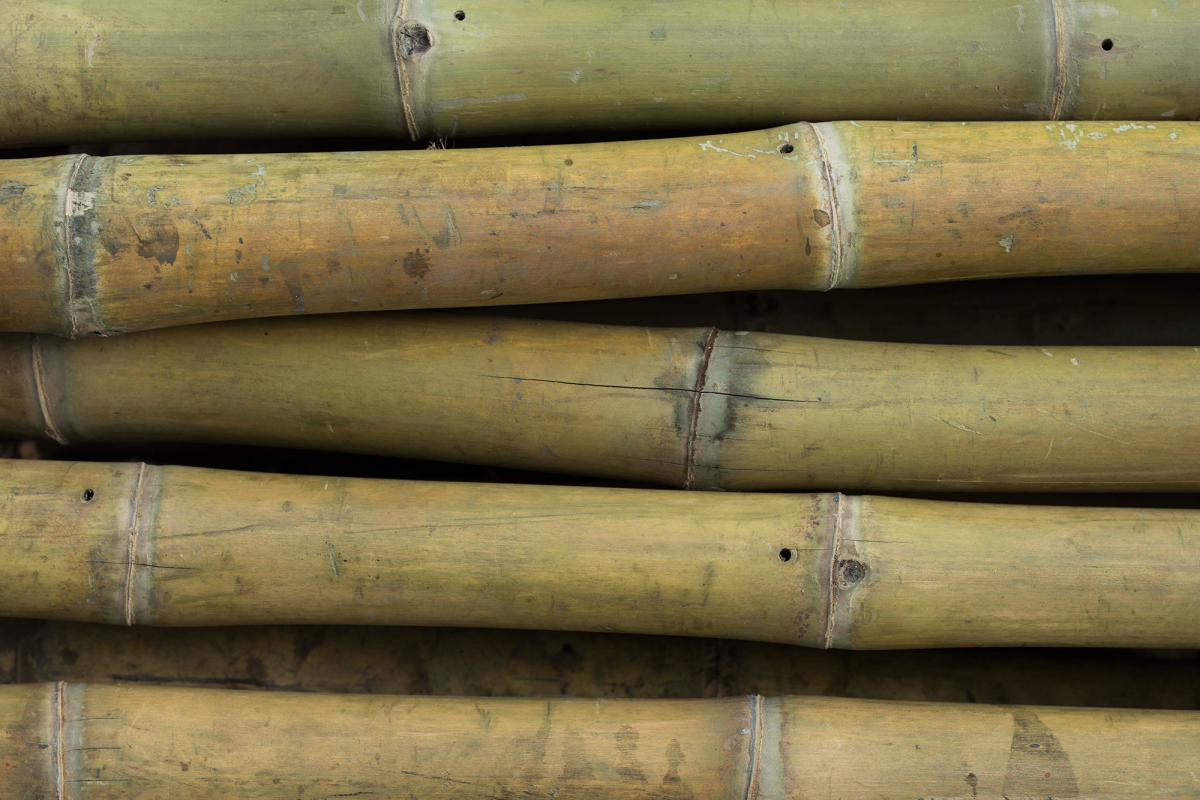 Assemble Papers: What is your favourite piece of writing about place – whether a building, [sub]urban environment, landmark, tourist destination or otherwise – and why?

Reverend Jen was, until recently, a long-time resident of Manhattan’s Lower East Side. She lived there in an apartment that doubled as a troll museum. I discovered this when I bought her book, Real Cool Neighborhood, from Printed Matter. I think it’s the best neighbourhood guide ever written. Maybe because it’s very practical and honest – generous to the reader who just wants a pizza slice and to know where to pee on a Friday night – and also because it artfully bundles in a meditation about change, and portrait of Jen herself. It made me think about how a place is just as much about people as it is about buildings and businesses. Much more about people, really. It’s a two-parter. The front is a handy guide; the back is a full-length adaptation of Les Misérables, which Jen actually performed as a puppet show outside the offices of the Lower East Side’s notorious Misrahi Realty.

It’s hard for me to describe Vanessa Berry’s writing because I’m such a super fan, but I’ll try! She’s been a regular maker of zines since the mid-’90s. Laughter and the Sound of Teacups was one of her long-running series, which involved Vanessa recounting an entire day in her life per issue: “I would write about my thoughts and actions every 23rd of the month in a detailed, eidetic style. I tried to explain my days exactly how they occurred, including all the important tiny things that make up everyday life.” It’s kind of a self-imposed challenge of ‘noticing’.

You can read a bunch of these in her book, Strawberry Hills Forever. A few years ago she started a new blog project called Mirror Sydney: “An album of Sydney encounters by Vanessa Berry. The psychogeography of the city. Places unusual, overlooked, hidden and secret. Paying attention to the under-appreciated parts of the urban environment since 2012.” I love it because it reminds me to look at things. Change in a city shows us what we value now, and the bits of ourselves we’re leaving behind. Be careful of noticing, though! It’s a bit shamanic. Vanessa says, “Despite all the city’s changes there are places that remain stubbornly consistent, and of all the different types of city places the stubborn ones are perhaps my favourites. Stubborn places can quickly turn elusive, though, because coming into notice is usually a harbinger of disappearance.”

Alex Selenitsch: I think of two: Bruce Chatwin’s The Songlines, especially the section ‘from the notebooks’, between chapters 30 and 31; and also Heteropolis by Charles Jencks, which attempts to deal with the heterogenous urbanism and architecture of LA.

Amanda Maxwell: Tim Winton’s Land’s Edge.  When I was 18 I flew from New Zealand to Perth on my own. Western Australia wasn’t what I wanted it to be and I was hanging to get out of there. I’d heard about white beaches, wildflowers and endless sunshine; but it was just hot, fly-blown, brown, flat, featureless and creepy (there was a serial killer on the loose at the time). Reading Land’s Edge helped to reframe WA for me, though. It convinced me that everything I saw as ugly and boring was really very beautiful and special. Ha. I ended up staying in Perth for five years.

AP: Where is your favourite place to write?

AM: I just got my first real writing studio. Actually it’s a screen-printing studio and belongs to someone else, but I get to use it in the evenings. It’s on a farm in Bellbrae.  There’s never anyone around when I go there, just sheep and cows across the valley. It’s a single-room wooden cabin, painted white. Cold. Fluoro lights. No kitchen. An outhouse. A big screen-printing table with a sign that says “Please do not put anything heavy on here because it will dint the surface” in the middle. A single Ikea stool at the window desk. It’s easy to write here.  Easier anyway.  Before I had this place, I used to write at the kitchen table at home, which I still do sometimes.

PM: I like to write at the table on my verandah, so I can smoke and also supervise my cat, who is deaf and not allowed out of the back yard. Poor guy.

AS: Anywhere slightly noisy, but where I can sit by myself. Trams and trains are good, provided I have a seat – or any café. This is with pen and bits of paper. Putting it into a computer comes later and is the least interesting task: the invention nearly always happens when I have to concentrate, and maybe only have a short time to do it in.

AP: In your opinion, what is the biggest cliché writers use when describing place?

AM: Sentimental writing about ‘home’. I’m so guilty of it.

AS: What is a cliché for one reader may be revelation for another. The biggest trap is to produce bad writing, i.e. boring writing which doesn’t ignite a reader’s imagination.

PM: I think the biggest cliché is that they look at places in general terms, rather than personally. That’s what cliché is, right? A big, convenient bucket of meaning that everyone can use as a shared shorthand. But we all see places differently, which means writing about place is a way of writing about ourselves. To write about place well, I think you’ve got to ask yourself, “What do I honestly see here?” Not “What does everyone see?” but “What do I see?”

Now that you’ve done your research, why not sign up for ‘Assemblage: A Workshop‘? It’s all happening on Saturday 17 December at MPavilion, from 2–4pm. It’s free as ever, but registration is essential.

Words with friends: The Good Copy

It’s hard not to let our enthusiasm get the better of us when tasked with describing Penny Modra and The Good Copy: the creative agency, studio, shop, library and grammar school nestled in the heart of Collingwood, that’s been home to so many writers since its inception a few years ago.

We're gearing up for the second instalment of our live EARS series at MPavilion, happening on Friday 16 December and soundtracked by Melbourne-via-LA musician Chela and Melbourne DJ Millú. To get us in the mood, we asked Millú to share a mix that manifests her signature, genre-hopping style of esoteric rhythms and jams from around the world – this is the result.

A Place of Meaning: Bijoy Jain

Taking place for the third time in 2016, this year's MPavilion comes from the architect Bijoy Jain of Indian architectural practice Studio Mumbai. We met up with Jain at Robin Boyd's Walsh Street House in Melbourne to discuss Jain's characteristic interest in traditional craftsmanship and human connectedness to the landscape, and to find out the story behind his MPavilion design.

Traditionally, the architectural pavilion has offered a site for experimentation and the exploration of new ideas. On the eve of the launch of this year's OMA-designed MPavilion, Esther Anatolitis spoke to David Gianotten (Managing Partner-Architect and director of OMA Asia) about designing for democracy and buildings as infrastructures for public debate.