Global climate specialists have a way of banding together for Natalie Jeremijenko. But, instead of hailing from chemistry labs or policy offices, they live in water, soil and the air we breathe—and they dance the biochar-cha-cha. These unconventional collaborators are the mussels, microbes, amphibians, trees, fish and other ‘cross-species’ Jeremijenko so admires and whose behaviours are fundamental to her work. A prolific artist (the Economist dubbed her the ‘thingker’) – the Queensland-born Jeremijenko is always working, innovating, agitating – projects within projects are buried on websites within websites. In the time it takes me to organise an interview, Jeremijenko has traveled between her home base in New York, then onto London before I finally find her (on Skype) in the Hague for ‘Yes, naturally’, a group exhibition featuring international contemporary art stalwarts such as Ai WeiWei, Francis Alÿs and Olafur Eliasson. In covert, or in Jeremijenko’s case, explicit ways, the artists approached a thorny question—can art save the world—by unmooring the anthropocentric hierarchy that places the fate of the entire ecosystem in our shaky, carbon-hungry hands. For Jeremejinko, who always looks to the natural intelligence of animals, plants and organisms, this somewhat radical approach is home territory.

‘Convivial’ is a word Jeremijenko employs time and time again in our conversation to describe the atmosphere she seeks to create in her public works. For ‘Civic Action’ at Socrates Sculpture Park in Long Island City, Jeremijenko threw a series of summertime Biochar Barbecues (she is Australian after all), inviting the local community to bring down their waste materials (junk mail, old magazines) to be turned into soil-enriching biochar, while a salsa DJ provided the soundtrack for biochar-cha-cha dance festivities. “You know, I call it the five thousand year urban plan”, says Jeremijenko. Five thousand years is the conservative estimate for the carbon sequestering capacity of biochar, but the range could be anywhere upwards of a million years. “That’s the sort of timeframe we need to be thinking of. You create inside the char all these kinds of high-density apartment buildings with different microbes that you are housing”.

In addition to microbial real estate, in true over-achieving form, Jeremijenko created not one, but a series of artworks for Civic Action, including the aforementioned 9-metre-long biochar ‘X’; a Tree Office (an outdoor work space with high-speed internet, managed and operated by the tree itself); Farmacy (vertical urban agriculture, edible plants and flowers in tyvek ‘AgBags’); and the poetic Moth Cinema, a silver screen habitat designed to nourish the much-maligned yet important pollinators-of-the-night, while providing nocturnal shadow play for human visitors to the park. Jeremijenko’s insatiable need to question and experiment manifests in connected yet evolving artworks that blur the line between art, environmental remediation and animal rights. Open-ended and just a bit chaotic, projects are tested and restaged over several years in various locations and environmental contexts. Each project represents a leap into the unknown, eschewing lab for field, with Jeremijenko as the conduit for hitherto unimagined collaborations and knowledge transfer between humans and non-humans.

“You need the strategy of public persuasion – for example the salsa night and having a barbecue. These are all different ways to engage and discuss what works and how well it works. It’s legible to diverse people while it might also be playful”. In this spirit, Jeremijenko has served edible cocktails at her Cross-Species Adventure Clubs; assembled Mussel Choirs and listened to the wisdom of fish in her water-remediating Amphibious Architecture project in the East and Bronx Rivers. Jeremijenko served a ‘Wet Kiss’ to Danish royalty, a potent purple confection containing violaceum (a substance produced by wetland soil bacteria found in the skin of amphibians that have survived the deadly chytrid fungus (batrachochytrium dendrobatidis). “There’s considerable research on it for anti-tumorigenic properties and because it’s a powerful anti-fungal particularly important in the wake of the amphibian extinction crises, the largest since the dinosaurs. When you bite into the edible cocktail, your lips are inoculated with the violaceum and j. lividum, which equips you to kiss the frog and save it from the deadly virus”. What’s good enough for amphibians is good enough for Princess Mary, who quipped, “he was a frog once too”, of her husband Frederik, before downing a shot of violaceum.

But don’t mistake playfulness for a lack of rigour—there will always be activism and an element of chaos theory in Jeremijenko’s approach. To her, conservation, or what she terms the ‘Sierra Club’ approach is not enough: the ‘natural’ and the ‘man-made’ are now entwined in an age of the Anthropocene—the era of human activity on earth. “Experimentation is not the realm of professional scientists. They don’t have a monopoly. In fact, in a participatory democracy, these sorts of experiments are skeptical engagements in what is possible. This is the civic duty of each one of us. I would argue that this position is more true now than ever before”.

While Jeremijenko has exhibited at the Museum of Modern Art and the Venice and Whitney Biennales, she remains a proudly alternative figure. Conventional curators and critics don’t know how to place her whimsical yet pointed social and environmental commentary—you can almost hear the snooty refrain ‘but is it art?’ echoing through hushed white cubes. Jeremijenko’s participatory artworks may be too ‘eco’, too ‘sciencey’ or even too joyous to an introspective art world that often mimics the financial speculation associated with futures trading. The foundation story is that Jeremijenko discovered the power and possibility of art when she began creating large-scale installations for “inebriated” twentysomethings as co-founder of Brisbane’s Livid rock festival in 1988 (what hasn’t she done?). Jeremijenko’s first intellectual home was in the sciences (she holds degrees in biochemistry, engineering, neuroscience and the history and philosophy of science); but you suspect she’s a bit conceptual for the average biochemist. Skeptical of the ethical pitfalls inherent in the traditional design and architecture ‘client’ model and without an existing framework for her defiantly non-commercial, cross-pollinated projects, she terms what she does ‘experimental design’ or ‘xDesign’ for short. “xDesign is a nod towards experimental film and conceptual art practice – you ask the questions and it’s about the accountability of the artist as opposed to the values of the client”.

As a professor of visual arts at NYU, Jeremijenko is also the self-appointed director of the Environmental Health Clinic. As a way to extend the artistic practice of institutional critique beyond the museum or gallery, Jeremijenko approaches health in an expanded and ecological sense. Rather than fronting up for a cure to an individual ailment, say a gammy leg or sore throat, ‘imPatients’ book a free appointment to discuss pressing environmental concerns. Instead of walking out with a prescription or an individual health plan, they leave with a call to action to improve their community’s shared external environment: relevant data, tactical urbanism ideas and referrals to other specialist artists, designers and thinkers; a holistic but unconventional remedy (for the record, if you’re ‘imPatient’ about your local environment and that local environment is New York, you can a consultation here). “Rumors of death prevented by medicine are greatly exaggerated. Yet, the power of the medical model can explain and produce health. Anyone knows how to use it. You don’t have to be an environmental activist or a contemporary art collector. You can just make an appointment because of the familiarity of the clinic as a form”. Whatever the label, Jeremijenko is focused on building habitats for biodiversity, playing the long game and inspiring collective action on environmental concerns. For her, xDesign and the Environmental Health Clinic address “the fundamental concerns of what I call a crisis of agency. You know, contemporary agriculture, where and how we eat and produce our food… all the social and environmental issues we face, where there’s a sense of tremendous incapacity. I would argue that urban agriculture is the space race for the 21st century, a really complex and important systems design challenge to address. It’s not just about a kind of nostalgic ‘introduce children to where carrots come from’!”.

Before she races away to install at Hague, Jeremijenko reflects further on the need for agency in the face of climate crisis. “I think you draw on whatever resources you have to make sense of an issue – if it’s question driven, it doesn’t matter if it’s cultural, historical, scientific or biochemical. So the question of what to do about my waste is not a question of ‘here’s a discipline I know well’ but about figuring out what makes sense for you, the questions that are compelling to you. You know, how do I stop my child from getting asthma? There’s this idea of citizen science, which sees every day people working with real scientists. I am much more interested in the science of citizens. We all lack expertise in many fields…So it’s about formulating the question and feeling like we can start to answer these questions”. When I ask her whether xDesign can save the planet, she baulks at the black-and-whiteness of the question and begins a rapid-fire recall of her recent experiments in emission-less zipline aviation. “In Long Island City, there’s this Tom Kat Bakery which has seventy-six diesel-fuelled trucks deliver fresh, artisanal bakery to New York each day. Instead of having these trucks idle diesel exhaust all across the local community, you could zipline goods the three blocks to the waterfront. Even for most people who think ziplining people and goods is unlikely and ludicrous, once you see people using and enjoying it, they observe the system. People start to understand the feasibility and ‘get beyond the bike lane’ in reimagining what urban mobility could look like and the kinds of resources we have to radically improve the environmental performance of our built environment. It creates a public memory of a possible future”.

Countless thanks to Natalie Jeremijenko for her time and patience (there are even more projects on her many websites in the time it has taken me to write this!). Stay tuned for a major commission at GASP! in Tasmania and a new book, ‘x:Adventures in BiodiverCITY’. Natalie currently has work included in ‘All of This belongs to You‘, a major exhibition at the V&A exploring civic urbanism, running until 19 July 2015.

For more information on Natalie’s work, visit: nataliejeremijenko.com and environmentalhealthclinic.net.

Flightpath Toronto: an urban flight school, an interactive airscape and fly-lines that enabled hundreds of ‘winged’ people to fly. “By exploring the square through the eyes of its primary inhabitants, urban birds, can we reinvent our relationship to the city we build together?”. Photo: Chris Cheung via CC-license.

Tree Office, a work space in the canopy of a networked tree. The tree hosted aerial yoga classes and bookable space for work and reflection. Photo: Natalie Jeremijenko. 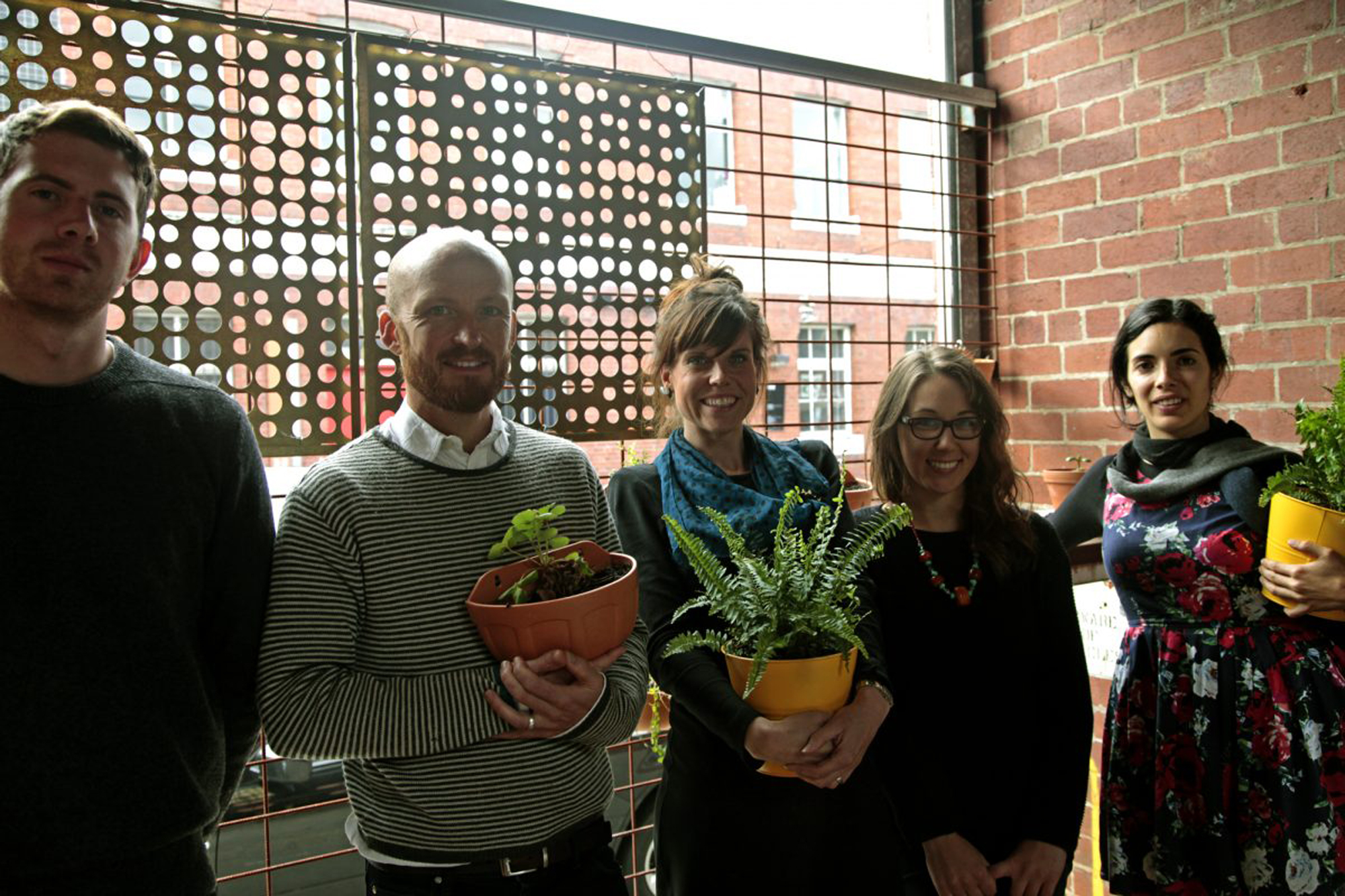 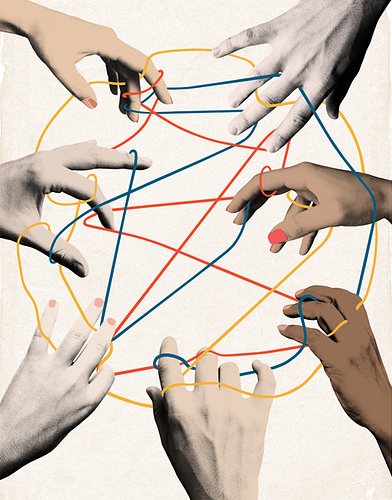 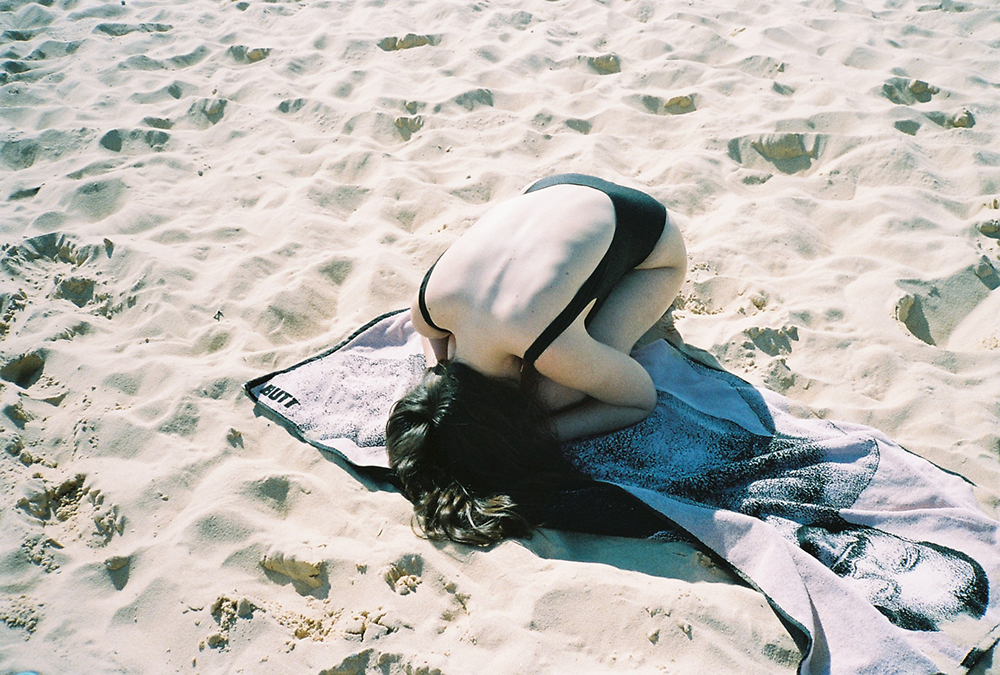 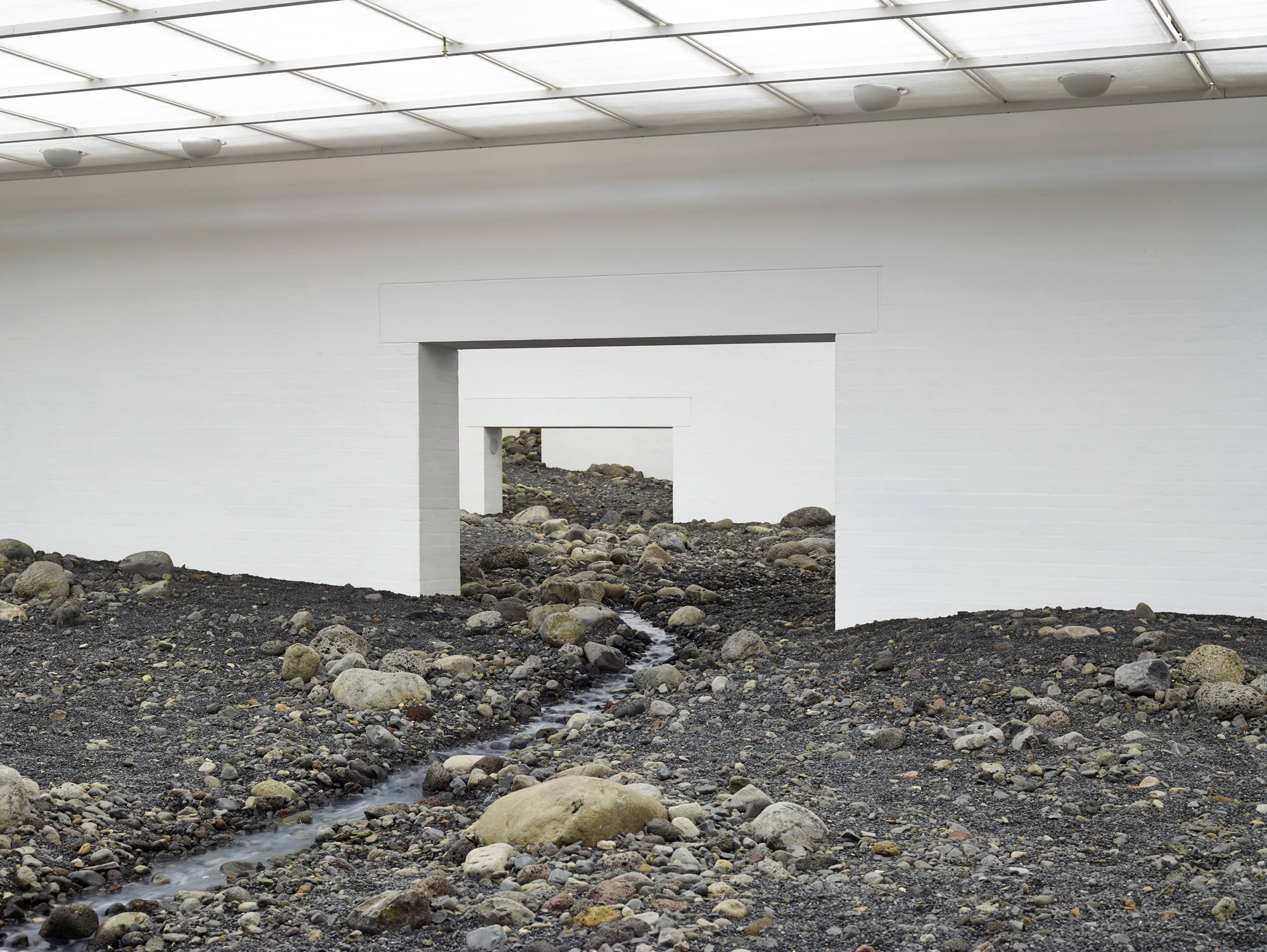