HMAS Harry is a nod to revered Japanese musician Haruomi (Harry) Hosono and his profound exotica obsession that spanned several consecutive albums. Sourcing a rare cache of Hosono’s tropical works on a recent solo pilgrimage to Japan, Sydney’s Lizard Promise DJ has composed a collage of these sounds sprinkled with field recordings he took in the hills of Kyoto.

Lizard Promise DJ is one sixth of decadent party purveyors Pelvis, one quarter of Sydney band Retiree, and 100% Ryan Powderly. Pelvis have long pummelled their holistic approach to dance via monthly nights at Goodgod in Sydney, earning them a solid reputation around the country. Recently they initiated a new southerly mission to Melbourne, with the inaugural ‘Melvis’ taking place last month (and the second to occur at the end of August). Meanwhile, Retiree are deep into recording new stuff to follow on from their debut EP Together (out now on Juno).

We caught Liz Prom aka Ryan in a post-Japan haze following his most recent trip, which, he says, was spent mostly “riding my Airbnb host’s bike around town and eating onigiri from Family Mart”. It was on this onigiri-fuelled journey he was blessed to unearth Haruomi Hosono’s Cochin Moon, Tropical Dandy, Bon Voyage Co, and Paraiso records, which he sampled and distorted to create this sonic collage in tribute. Having taken a whole roll of film on a 100 yen camera, only to discover every photo had been taken on one negative, exposed 36 times, this composition is Ryan’s way of remembering the trip.

Not only has Lizard Promise prepared this special concoction for us, he also collaborated with Pelvis co-initiator Matt Crowley to collage Hosono’s record sleeves into unique cover artwork to visually communicate its tropical flavour. See below for your audio and visual enjoyment. 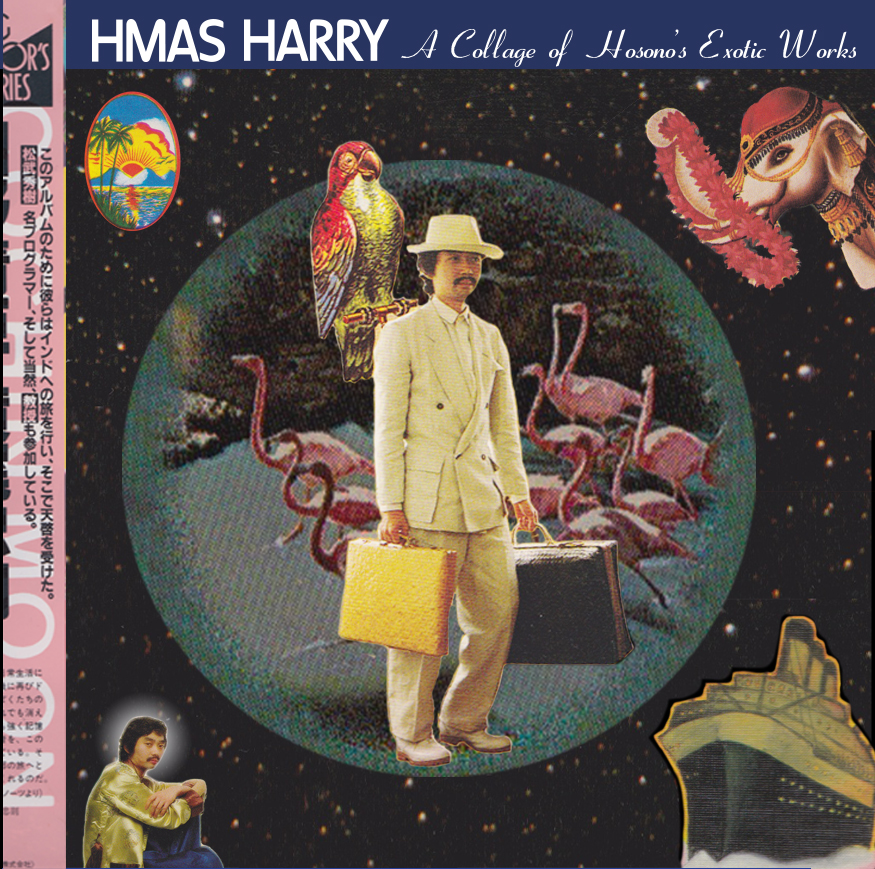 Flush with Promise: Who Gives A Crap

In the first of a series of articles we'll be republishing from 'Future West (Australian Urbanism)', a new print publication considering the future of urbanism through the lens of Perth and Western Australia, Timothy Moore chats with Who Gives A Crap founder Simon Griffiths about creating a financially stable social enterprise and finding the fun side of sanitation.

Say hello to Assemble Papers' new editor, Sara Savage. Her first print issue won't come out until later this year (founding editor Eugenia Lim will continue to take the reins for Assemble Papers' imminent fifth issue), so consider this mix programmed by Sara as a 'soft introduction' to your new editor – and a little gift from us to you, to say thanks for being a part of the Assemble Papers community.

Artists Justin Shoulder and Matt Stegh live, work and breathe for their community. Across performance, costuming, queer parties and nightlife, the two combine the personal and the political – a fusion expressed beautifully within their home. On a still, sunny winter morning in Sydney’s Summer Hill, I had the pleasure of visiting Justin and Matt at home, where they’ve lived since 2011.

Becky Sui Zhen aka DJ Susan is a creative superpower. You may have heard her as one half of Melbourne duo Fox + Sui, fronting Sui et Sui or on vocals/percussion for NO ZU and Hot Palms. She also helps design the way we view culture with Art Processors (creators of MONA's 'O'), moonlights as a music video maker and is even big in Japan (every gaijin's dream). Here's Becky's Japan-inspired transit mix.