Testing Grounds: These are the projects we do together

Off Sturt Street, beneath the blue glow of a neon sign you’ll find a tapered triangle-shaped plot of concrete and wild plants – Testing Grounds, an open-air arts space that is free and open to the public every day of the week. What began as a short-term summer tenancy has now extended to 12 months. The site hosts events and activities that range from performances to public workshops, but more recently also played host to festivals such as White Night and Next Wave’s launch night. 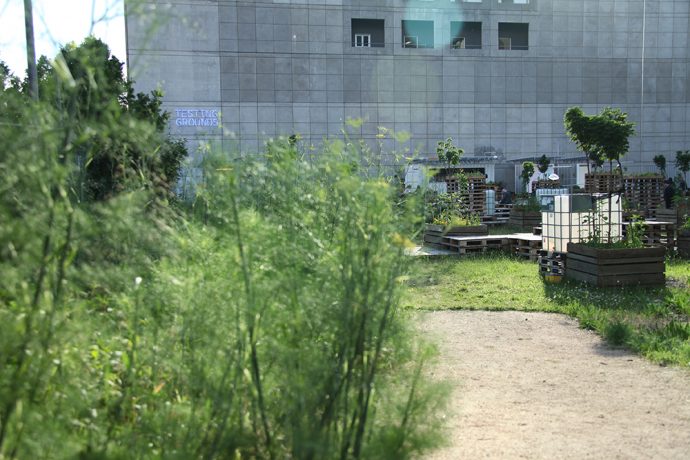 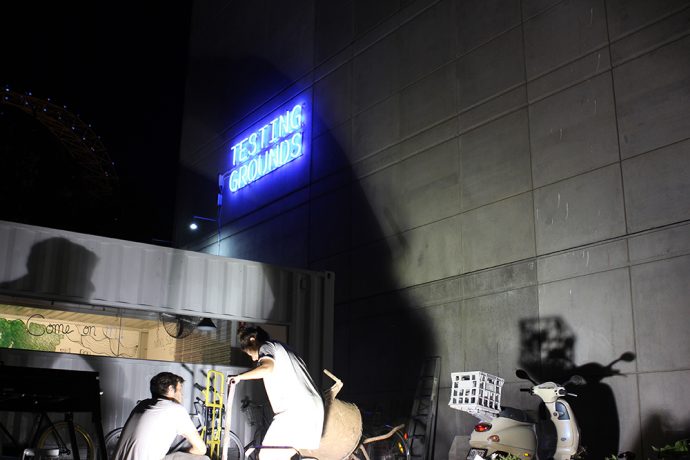 Testing Grounds is an Arts Victoria-supported initiative, conceived of and coordinated by Millie Caitlin and Joseph Norster – the creative duo behind These Are The Projects We Do Together (in short, The Projects). With a combined background in architecture and lighting, The Projects have worked on a range of gathering spaces, spatial interventions and design activations. For example, ‘In The Pines’ – an annual Christmas installation of plastic pine trees at Federation Square, which transports people out of the urban jungle into a serene forest of green, and ‘200 Dolphin Torches’ – an interactive civic art piece in which The Projects set up 200 Dolphin-brand rechargeable torches in a public place, inviting passersby to pick up and engage with them over the course of the evening. 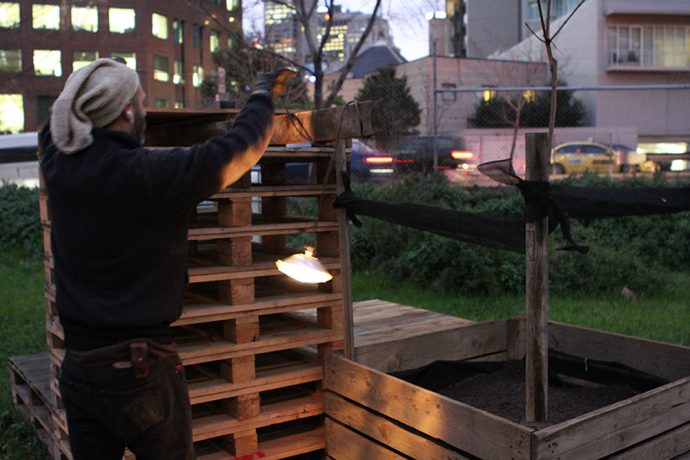 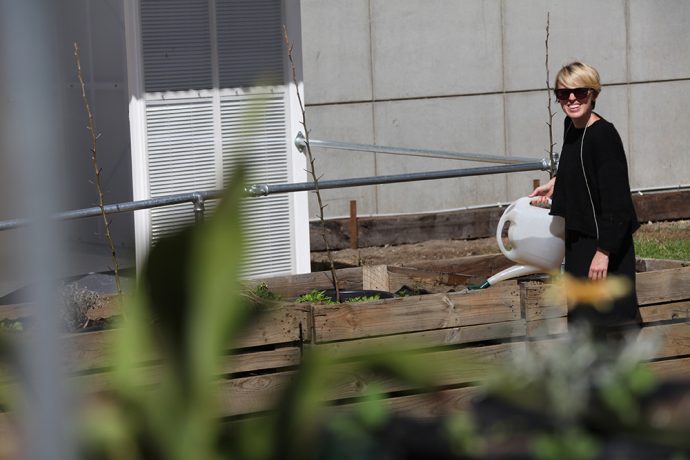 Reflecting on their body of work, Millie says that while “self-initiated, temporary, lo-fi, short, small, quick” design briefs tend to come their way, they are reluctant to be limited by any one specialisation. The ability to do work across multiple disciplines is what excites them. Their work frequently engages with public space, and this is no mere coincidence. It stems from Millie and Joe’s firm belief that the public ought to have access to their cities; and that cities should provide generous civic spaces. 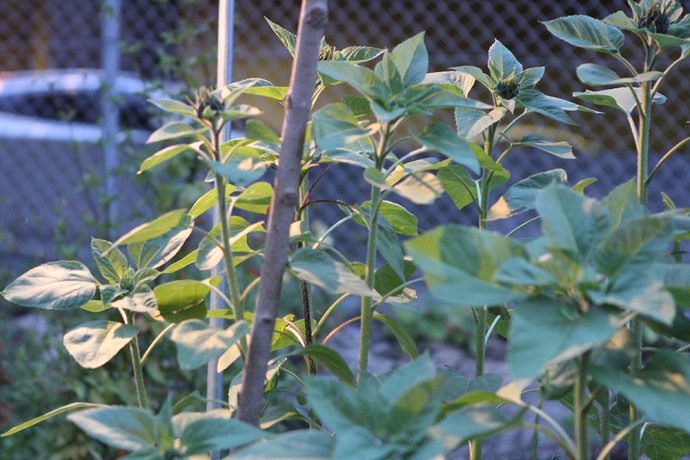 Bree Trevena, Senior Project Officer at Arts Victoria, explains that while there are a lot of arts and cultural institutions in the Southbank precinct, most of their activities are contained within their walls and rarely expand beyond. The precinct is also not incredibly pedestrian-friendly, punctuated by large freeways that service the surrounding high-rises. Testing Grounds is an opportunity to bring the energy and creativity of the precinct out into the open, as well as joining the dots between the existing organisations along Sturt Street and beyond. 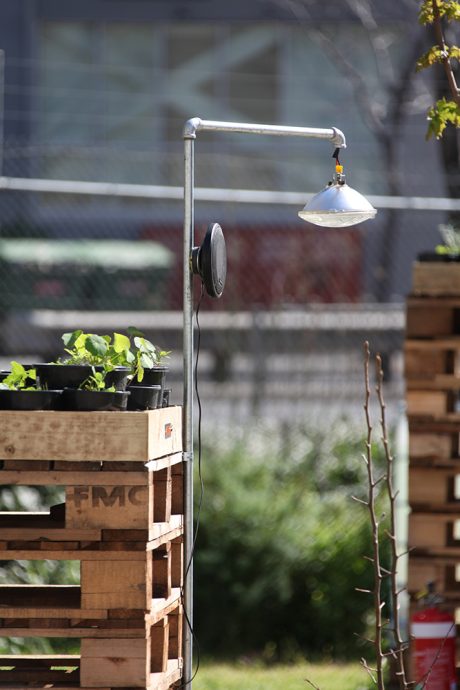 Prior to The Projects’ intervention, the site was an unkempt patch of land surrounded by cyclone fencing and completely covered with dated paste-ups – a far cry from its heyday in the late 20th century when it was used for screening the news, before the YMCA acquired the land in 1923. In the late ‘70s the ground began to cave in due to the surrounding construction sites. The art institutions that were being built then demanded so much water that the foundation to the Y building gave way, which is what caused the mysterious sunken terrain of Testing Grounds. 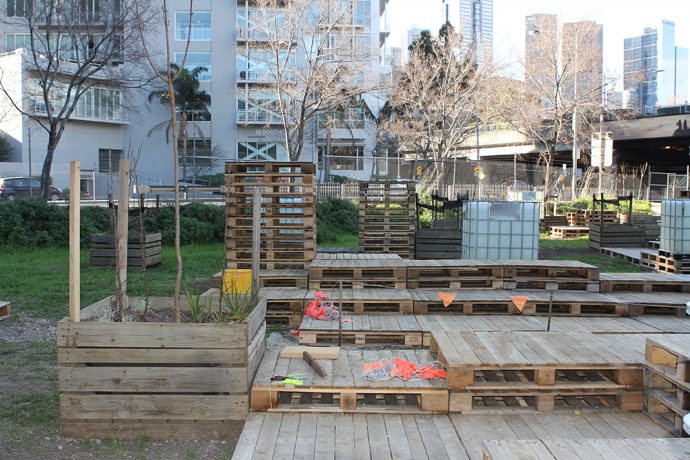 Millie and Joe spent a lot of time dreaming, planning and designing while perched upon a diving board-like lookout at the top of a nearby pedestrian staircase. The outcome is a spacious outdoor gathering place dotted with six light grey containers and neat arrangements of wooden pallets – all completely constructed by them. The containers host a stage, a bar, an artists’ space, and two workshop areas. Each “interior island” of wooden pallets has its own light source and plug-in sound system, which, Millie says, draws patrons in and engages them on a localised scale, which is in contrast to such a large open space. The majority of materials used are recycled finds. For example, the electrical components were salvaged from used car parts. Thoughtfully, the fencing has been left bare, without cladding or barricade, so that people can see into the compound easily. 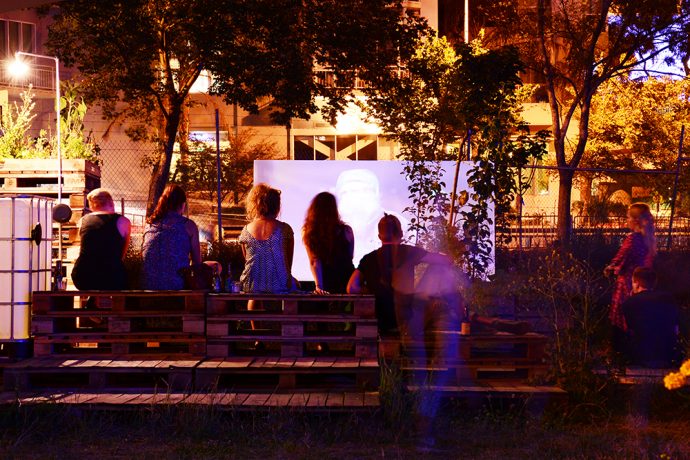 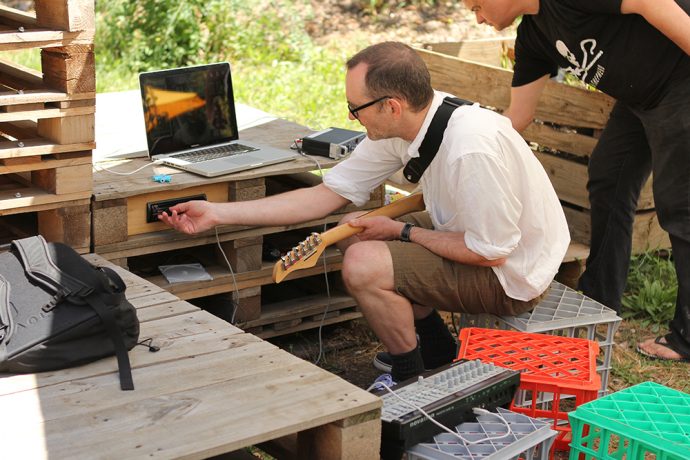 It is important to Millie and Joe that Testing Grounds is a free venue where the art and the public intermingle throughout the creative process. They liken the site to a public park, where people use the space in unpredictable ways. The site provides an unconventional art space, which challenges artists and performers to respond to it directly, as opposed to presenting their work in a traditional gallery or theatre setting. 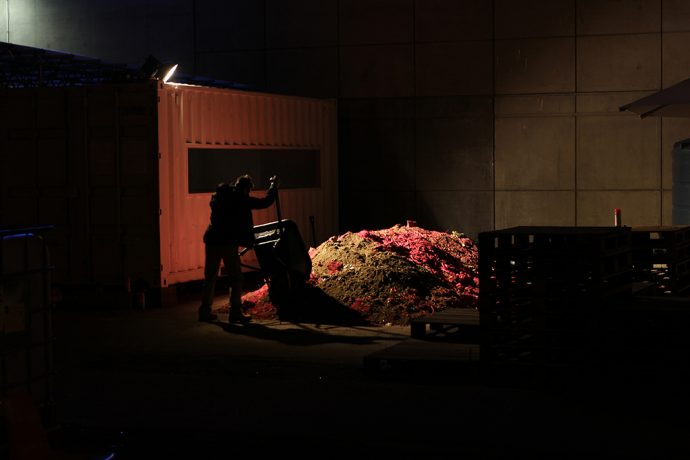 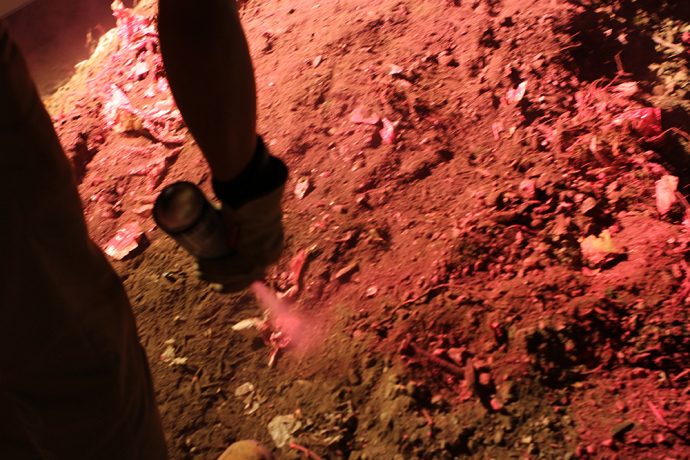 True to its name, Testing Grounds is not first and foremost about the finished artwork or product. The Projects encourage visiting artists to rehearse and experiment on site, revealing their practice to the public and making it accessible to the comment and participation of passersby. The Projects often collaborate with featured artists, with their involvement ranging from giving suggestions to helping build their work. Millie and Joe also teach part-time and facilitate many of the university tutorials on site. All this in Melbourne’s ‘four-seasons-in-one-day’ weather has been quite the learning curve – Millie says she is learning to be more accommodating since working here. 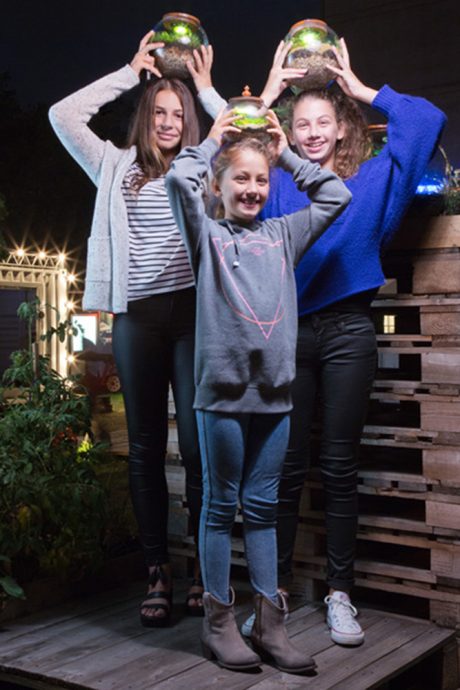 Once the tenancy is over, The Projects plan to hand the site back to the Southbank Arts Precinct. The hope is that Testing Grounds will inform and inspire future planning in the area, and that the precinct community will develop a sense of ownership over the site and treat it as they would their own backyard. Millie and Joe say it has been a highlight of the project to see the Southbank community – families, office workers and furry-tailed friends – emerge from the surrounding towers and discover Testing Grounds. Even the neighbouring VCA students have made themselves at home, demanding the piano on site be tuned in order to facilitate their impromptu performances. Millie and Joe were quick to oblige.

The Projects will be presenting Testing Grounds at Open Engagement Conference at the Queens Museum in New York 16–18 May 2014. For more information about The Projects visit: theprojects.com.au. There are many exciting things afoot at Testing Grounds for the rest of the year. Stay tuned here: testing-grounds.com.au. Huge thanks to See Oi Loon for the words and to Millie and Joe for taking the time to talk to us about their work. All images courtesy The Projects.

Oi Loon See is a newly minted design graduate and was resident intern at AP last year. Between her freelance projects, Oi Loon finds time to blog her own collage creations. Originally from Malaysia, Oi Loon is still learning to make a mean laksa and all things spicy.

Berlin-based architecture collective Raumlabor sees the city as a space for investigation, participation and endless possibilities. With much of its early work spanning the realm of temporary interventions, these days Raumlabor is turning its focus towards more enduring urban transformations. Emily Wong chats to co-director Christof Mayer about working at the intersection of art and city-making.

about face: interview with kim jaeger

After dabbling in creativity in all its forms, Kim Jaeger found her calling in the art of ceramics. Her magic digits bring otherwise inanimate clay to life in the form of her Pot Heads. Heather Lighton visits Kim's studio to talk inspiration and get the backstory on these crafted characters. You can see Kim's quiet creatures hanging out in the window of Craft Victoria until 29 June.

Channels is a new biennial festival based in Melbourne that will showcase contemporary video practice from Australia and around the world. In September, Channels will host a playful programme of screenings, performances, workshops & commissions designed to provoke curiosity and engagement with standout video art. To paraphrase artist John Baldessari: "no more boring video art".

Since 2000, London's world-renown Serpentine Gallery has commissioned leading architects to design a summer pavilion on the lawn outside the gallery's HQ in Kensington Gardens. In 2013, Japan's Sou Fujimoto is the thirteenth architect (and at 41, the youngest) to accept the invitation to design a temporary structure. His cloud-like steel form is now open to the public until October 2013.